Which London travel zone is London Bridge station in?

Plan a journey from London Bridge station to:

Equipment type temporarily changed on CIS to P&D to allow for the site to adopt the P&D ParkPass App journey whilst the skiData equipment is inactive at the request of the landlord. ANPR Site Name changed from Snowsfield on 07/10/2011

The Borough High Street entrance to the London Underground could get an upgrade to reduce the amount of crowding on the high street, under plans being discussed with a property developer.

A travelling photo exhibition of winning entries to the annual Landscape Photographer of the Year competition is making its way around London’s major rail stations.

Historic railway arches at London Bridge to be restored

A run-down but prominent set of railway arches at London Bridge station, nicknamed Findlater’s Corner after the wine merchant that used to occupy them are to be restored.

There’s an exhibition inside London Bridge station, showing off what they found underneath the station during the recent rebuilding works.

Down the end of the main corridor that runs under London Bridge station at the far end can be found a giant soft train set to play in.

Farewell to the Tooley Street footbridge

The covered footbridge that has linked London Bridge station with the 1980s development next to the river is to be demolished.

Plants left over from the recent RHS Hampton Court Garden Festival have been used to create a series of gardens in a tunnel under London Bridge station.

Boris Johnson is reported to have once commented that the redesigned London Bridge station would be improved with gargoyles.

If you catch a train from London Bridge, then look out for a Spitfire fighter plane sitting in the middle of the main concourse.

A dark and dingy road tunnel that runs under London Bridge station has been transformed into a wide pedestrian space linking both sides of the railway. 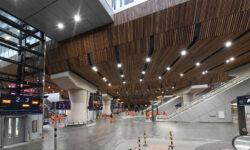 London Bridge station reopened today after ten days of major engineering work, marking the countdown to the completion of the £1bn redevelopment after more than five years of work. 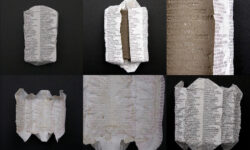 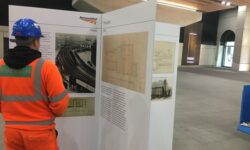 180 years of history on display at London Bridge

While you’re waiting for a delayed train, there’s a temporary display at London Bridge that shows off its 180 year history. 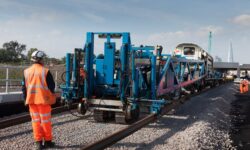 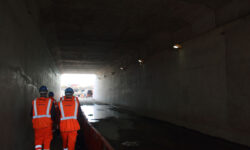 While much of the focus on London Bridge’s redevelopment sticks to the station itself, one of the most complex parts of the upgrade is taking place a mile away, in Bermondsey

A timelapse video has been published showing the demolition of some of the platforms at London Bridge.

An 1863 engraving of the London Bridge railway expansion

In 1863, the railway from Greenwich to London Bridge was extended to Charing Cross, but not without considerable disturbance to the lands it passed through.

Regular users of London Bridge station will doubtless be aware that the mainline platforms are raised a couple of stories above the surrounding road, supported on massive brick arches. These arches are visible in the form of roads that run…