Another of the City of London's Livery Halls has cracked open the usually closed doors a bit and will be hosting a monthly lunch which is open to the public.

The City of London has a number of grand Livery Halls dotted around the Square Mile, and three of them are going to be open for lunches this summer.

A new 36-storey high skyscraper has been given planning permission, and it will have a green wall from the 10th floor all the way to the very top.

Book review: The Livery Halls of the City of London

Within the City of London are a number of grand livery halls, and as they are mostly private, a richly illustrated book lets us peek behind locked doors.

One of the grandest of the City’s livery halls, the Goldsmiths is open a few days a year for public tours and the dates for… next year have been announced.

Dotted around the City of London are a number of very grand buildings, and while normally private, some are open to the public if you book a tour.

Long hidden behind other buildings, Stationers’ Hall is one of the largest and most opulent of City livery halls, and they now hold regular public tours.

Long hidden behind other buildings, Stationers' Hall is one of the largest and most opulent of City livery halls, and they've just started holding regular public tours. 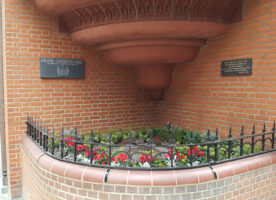 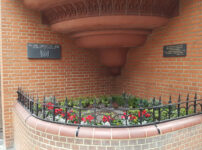 A curious delight can be found around the corner from Cannon Street station - a small garden cut out of the side of an office building. 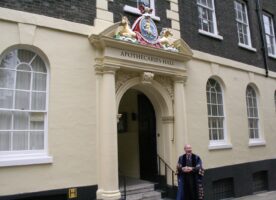 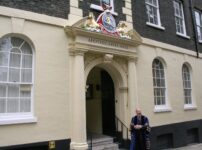 Sitting very much overlooked on a very small side street near the building site that is Blackfriars train station lies one of the oldest of the City's Livery Halls, belonging to the Worshipful Society of Apothecaries of London.