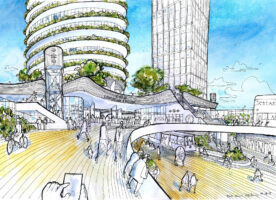 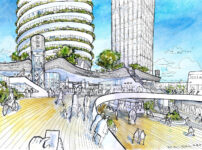 Lewisham council has issued a call for the Overground to be extended to Lewisham town centre as part of a wider series of improvements to the local rail and DLR networks.

At lunchtime today, it will be 75 years to the moment when a German bomb was dropped on a South London school, killing 38 children and 6 adults.

An old District line tube carriage has been turned into a library by a primary school in South-East London.

I wandered along to St Margaret's Church in Lee - just by Blackheath in South London today. This was a rather plain Church when built, but then completely redecorated in a Pugin inspired Gothic Revivalist mode by James Brooks.