This is a short grim dank smelly alley behind Leicester Square more notable for the rubbish bins pilled up inside it, and yet, it has a long and sometimes unexpected history.

A corner block of buildings in Leicester Square, including the large Burger King, is likely to be demolished under plans by the landlord to seek a new tenant for the site.

The Iron Throne is coming to Leicester Square

The famous throne from the famous TV series will be making a publicity appearance in London this summer to mark the 10th anniversary of the TV show.

In 1766, a plan was published for the improvements of London and Westminster that could have resulted in Trafalgar Square as we know it today looking rather more like Leicester Square.

A grand Coat of Arms on a car park

Down a side street in the corner of a shabby entrance to a car park can be found a grand coat of arms. What's that doing here?

A tall blue tower has risen on a corner of Leicester Square -- a new cinema and hotel due to open shortly.

The two roads that run from Leicester Square towards Trafalgar Square are to get a major revamp with wider pavements and fewer cars.

Inside London’s own Notre Dame church

One of the more famous churches in London can be found just off Leicester Square, and was also once home to an even more famous entertainment venue.

This short alley next to Leicester Square is undeniably the underbelly of the glitzy lights of the West End. A dingy space of back doors and air conditioning units, or dubious smells and garish signs. It's perfect.

This is one of those dirty alleys that that overflows with rubbish and mess, but it also has the moon in the midst of its grime and clutter.

A large hotel with large cinema some 6 storeys below ground is currently under construction, and there will be tours of the building site next month.

The missing murmurations of Leicester Square

Some thirty years ago, visitors to the cinemas of Leicester Square were warned to carry a copy of the Evening Standard with them -- as protection. 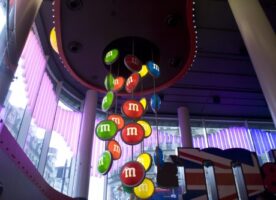 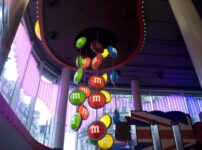 If Dante were alive today, I would have found his muse in a multi-layer confection of artificial colours and smells designed to deafen the senses into mute submission.

The Victorian Panopticon in London’s Leicester-Square

In the days prior to the development of the mass-market cinema, one of the most popular forms of morally suitable entertainment was to visit a site of ephemeral entertainments in the cities. These “fun fairs” would promote themselves as displays…