The railway arches underneath the Jubilee and Metropolitan line in Kilburn that are rented out to tenants are to be restored, following a public consultation launched by TfL.

Had it been built, there would today be a tube line running between Victoria station and Kilburn, and could have altered the route of the Jubilee line.

On a Kilburn side street is a large corrugated iron church-like shed that's looking rather sorry for itself - this is the famous Kilburn Tin Tabernacle.

The design for the above-ground part of the HS2 tunnel ventilation shaft in South Kilburn has been shown off for consultation. 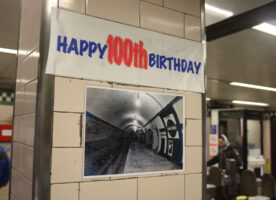 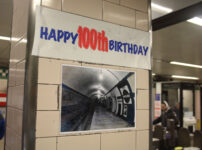 It’s the 100th anniversary of the Bakerloo Line extension

One hundred years ago, another extension of the Bakerloo line opened to the public, although only two of the four planned stations were ready on time, and it didn't go where it was originally planned.

As Private Eye is wont to say, it's Grim up North London, but if the eponymous characters of that newspaper were to dart out of their shell, they might find a remarkable building peaking its tall spire above the council estates of Kilburn.