That's Princess Anne, the hovercraft, the largest civilian hovercraft ever made.

The cancelled plans for a 300mph hovertrain in the UK

Fifty years ago a promise was made of high-speed monorails with hovercraft style trains whizzing around the country at speeds as high as 300 miles per hour. 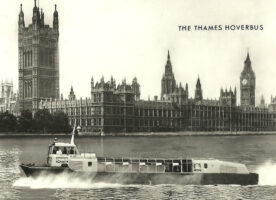 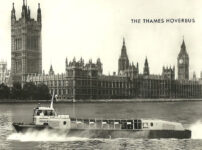 The hovercraft on the Thames

In 1963, a short-lived experiment took place, running a regular hovercraft service along the Thames linking Tower Bridge to Westminster.

A dull rumbling sound getting slowly louder is usually a hint that I should get up and look out of the window to see if anything interesting is coming along the river. Usually it’s just a tourist boat being unusually…

Get a tour on the latest Royal Navy warship

If you are envious of the

If you are looking for the hovercraft seen on the Thames on 15th March 2011,