A large student housing block with a public viewing roof terrace has been approved to be built next to the Holborn Viaduct, however, it's being built instead of the green wall wrapped hotel that had been planned on the site.

The unexpected interior of the City Temple

Sitting next to the Holborn Viaduct is a grand Victorian church, with a totally modern interior.

This is a narrow alley opposite the Old Bailey with the latest reincarnation of a nearly 500-year-old pub sitting in the corner.

Huge mural appears on the side of a Holbon hotel

A few months ago, a huge mural appeared on the side of a hotel near Holborn, by the freehand mural painter, Dan Kitchener.

This is a well-used passageway in Holborn leading to Red Lion Square that's a lingering echo of a path through long lost fields.

Through a small gap in the line of shops and offices of Holborn can be found a medieval enclave of learning.

Approval for hotel covered in plants

The largest green wall in Europe has been approved for the City of London, with a new hotel to go where an old office block currently sits.

Garish Holborn kiosk to be replaced with hexagons

The decade old information kiosk outside Holborn tube station could be replaced by a series of digital screens, if plans by the local business group is carried out.

Holborn viaduct is a long corridor of unremitting office blocks being very glass and stone, but one could go up that will be covered in green plants.

This is a modern looking alley that runs off Holborn, but like many of the area can date its origins to medieval London.

This is an alley of mixed appearances, with a claimed link to the madness of King George III.

This is the greater of three turnstile alleys in the Holborn area, although only greater in name not in stature.

If you use the area, you might have noticed building works at the road junction outside Holborn tube station.

This rather dramatic and modern looking alley is a modern redevelopment of an alley that can trace its heritage back to the original developments along Chancery Lane.

On a grand side street in Holborn can be found an equally grand-looking water pump.

This slightly posh looking alley off Holborn is a recent redevelopment of a series of much older buildings, and the alley itself is ancient.

Ever engage in a bit of quick research thinking this wont be difficult and an hour later am screaming at how little seems to be known about it. That's this pocket park.

This short alley through a pub gateway is a pale shadow of its much larger past, where old warehouses and shops are now achingly expensive flats.

This is an ancient alley of legendary status and about which many myths have been written.

The Pilgrim’s Progress remembered in Holborn

A hotel in Holborn also contains a most unexpected statue -- of John Bunyan, author of The Pilgrim's Progress.

A memorial to the founder of modern Italy – in London

Not far from Holborn in a part of town known as Little Italy is a plaque in memory of the man credited with the founding of modern Italy.

Inside the Church of St Anselm and St Cæcilia

This century-old church in Holborn is a reminder of anti-catholic protests and a street widening programme to sweep away slumps.

This alley with a mix of modern and old buildings is a legacy of an impressive house and impressive bombing raids during WW2. 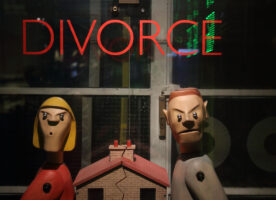 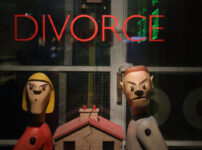 A small shop on a small side street now contains a small collection of sea-side style mechanical entertainments.