The City of London's Guildhall art gallery is simultaneously one of the oldest, and also one of the youngest art galleries in London, and has recently had a bit of a refurbishment. 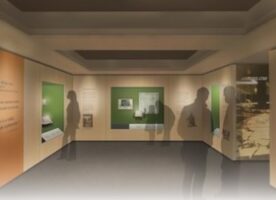 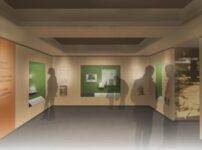 Just as London's Guildhall loses one small museum, it gains another small gallery. A heritage gallery that will show off a few key objects from the City of London's archive. 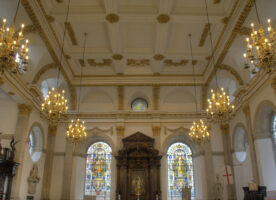 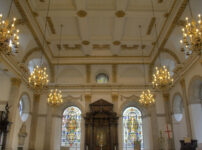 Sitting on the edge of the large open yard at Guildhall sits somewhat uncomfortably in the space, the church of St Lawrence Jewry Near Guildhall.

People passing the City of London’s Guildhall on Sunday will have seen the place packed full of people, along with a fairground organ, various sad looking donkeys, a couple less depressed Shire Horses, lots of people in fancy red robes… 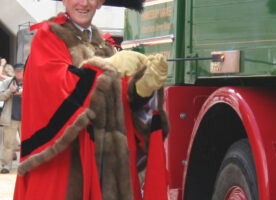 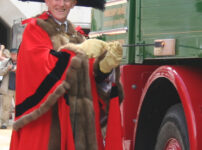 Just a reminder that tomorrow (Wed 13th July) morning, the annual Cart Marking Ceremony will take place in the City of London, and is worth taking the morning off work if you like vehicles of any sort. I won’t be…

Last week, the City of London Guildhall hosted the too rarely held London Maze – which is not at all maze like, but is a collection of stalls set up by local history associations around London. It’s the sort of…

Sunday mornings are a good time to take a wander round a nearly deserted City of London. However, had you tried that yesterday, your contemplative meanderings would have been interrupted by a marching band and some 200 longbow archers parading…

I spent a rather pleasant 45 minutes at a small museum in the City of London devoted to the history of clock (and watch) making in London. The collection was begun in 1814 by the Clockmakers guild and is said…