About the Grant Museum of Zoology

One of London's more unusual and delightful museums -- noted for its playful approach to the serious matter of zoological studies.

Expect a huge collection of dead animals, from pickled worms to elephant skulls.

Notable is the Micrarium, a dramatic display of tiny insects, the glass jar of moles, which is a sort of local mascot, and the display of plastic dinosaurs, if you can find it.

The British Empire and animal collecting

A new exhibition at the Grant Museum takes a look at how the attitudes of the British Empire affected the collections of natural wildlife that were brought back to the UK.

A print of a cow’s rectum. some glowing sheep’s testicles, pig’s fat as lamps, a levitating cow stomach, all mark an exhibition of art made from often discarded animal parts.

Next Wednesday is a chance to watch a radio-active dinosaur terrorise the English coast and head up the Thames to rampage through London. 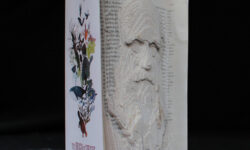 A series of sculptures created using robotics, live insects and crochet are being put on display in a new exhibition based around Charles Darwin’s face. 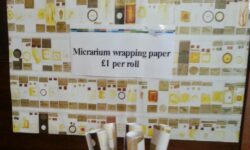 I don’t buy presents very often, but am the sort of person who tends to give almost as much effort into getting the most appropriate wrapping paper and gift card as I do to the present itself.

One of London’s rather better smaller museums is about to fix it one major failing – its slightly inconvenient opening hours. From this weekend in fact, the recently refurbished collections of animals in jars and bones on shelves at the…

Ask Hollywood to turn an English novel into a movie, and the first thing they’ll do is move the setting to the USA and make sure the heroes are Americans. That said, considered to be one of the great science…

If not, then tomorrow night (Tues 24th May) is as good an opportunity as any as they are hosting one of their more “light hearted” lectures which will unveil what it is like for a conservationist to go trekking through jungles and swamps looking for an animal that is on the verge of extinction. 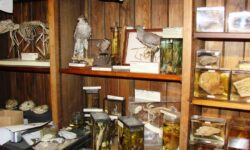 The Grant Museum Reopens this Week

Last summer an email arrived which caused momentary alarm, as the Grant Museum was announcing its closure. Fortunately, the second sentence explained that the closure was to be temporary and the collection will move to a new larger venue just…

Last chance to visit London’s Grant Museum before it closes

Tomorrow (Wed 30th June) marks the final day for the Grant Museum in its ancestral home before it closes down. The Grant Museum is the only remaining university zoological museum in London. It houses around 62,000 specimens, covering the whole…

Science and media disconnect? Maybe not, says a new study

An interesting report has wafted my way on the topic of science and interacting with the general public, although the report was actually more about scientists talking to journalists who then write stuff that the general public read. It was…

On Thursday evening I wandered along to the Grant Museum for the last of their current series of lectures themed around Dinosaurs. The topic was very “Jurassic Park”, being on cloning dead animals – although to keep it scientifically realistic…

Off to do some brain exercising tonight – and will be attending a lecture at the Grant Museum of Zoology and Comparative Anatomy on how nature affected how manmade materials and structures were designed. I like this sort of thing,…