This is a small alley and courtyard off Fleet Street probably more noticed today for the game of Space Invaders in the pavement.

If you look up on the side of a building on Fleet Street you'll see what looks like a mural of old newspapers - but it's actually a sundial.

The art deco former Daily Express building is to be redeveloped

A huge new building is set to loom over the famous art-deco former Daily Express offices on Fleet Street after planning permission was granted for the redevelopment of the River Court site behind it.

The court can be found just off Fleet Stree and is named after a medieval inn, The Falcon that used to be roughly where the courtyard is today.

City of London plans to merge police and courthouses approved

Plans to demolish a block of offices in Fleet Street to be replaced by a new set of law courts and police station have been approved by the City of London.

This alley is a lingering remnant of a much longer passage that used to run all the way up to Fleet Street.

A typography library looking to digitise its collection

Fleet Street's St Bride Foundation, which cares for a collection covering print, design and typography has started a digitisation project in advance of its 125th anniversary.

City of London outlines plans to merge police and courthouses

Fleet Street could soon get a large new legal quarter with an entire block given over to new courthouse and police headquarters if plans by the City of London go ahead.

This is an ancient lane that used to be much longer but was cut in half thanks to the rebuilding of Farringdon Street next door.

Long before Dr Johnson arrived, there was a Johnson's Court - a long alley that sliced between long deep buildings fronting onto Fleet Street.

This is one of the oldest surviving alleys in London, emerging around Tudor times when the area along Chancery Lane was first starting to be developed from fields.

What looks like a short gap under some shops is an alley that used to be so much longer than it is today.

This short narrow alley off Fleet Street has seen some of the most famous names in history walk down it's narrow path, for there's a pub door down here that's legendary.

This is a fairly wide modern looking alley just off Fleet Street that follows a path which is traceable back to Tudor times.

This modest and in its own way pleasant little back alley is notable not just for its curious name, but for being associated with the infamous Demon Barber, Sweeney Todd. 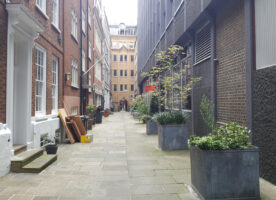 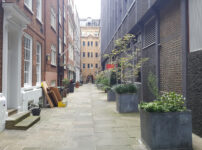 This rather modern looking and uninspiring alley near Fleet Street is however steeped in history, science and political intrigue. 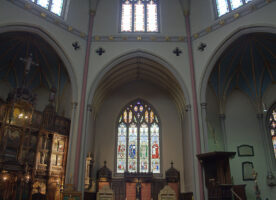 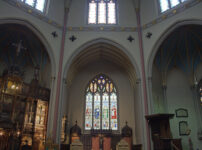 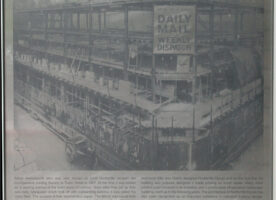 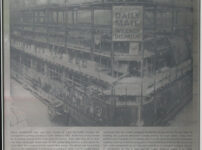 Photos of the Early Printing Presses at Fleet Street

Fleet Street may have been known as the traditional heart of London’s newspapers, but in fact, many of the newspapers were situated not on Fleet Street proper, but on side streets around it. One such property was the Associated Newspapers…

The underground crypt in the City of London

Lurking in a tiny side alley on  a small side street near Fleet Street in the City of London lies one of the city’s less well known bits of heritage – the remains of the Whitefriar’s Crypt. To find the…

Another extract from my collection of the Illustrated London News of 1845 – this time a short item on the enlargement of the earlier sewer system running under Fleet Street. As subterranean structures are a long running passion of mine,… 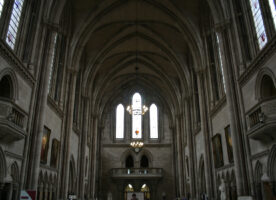 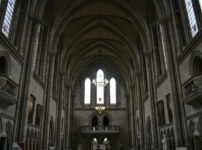 The Royal Courts of Justice

As part of this weekend’s Temple Open Weekend – it turned out that the Royal Courts of Justice – just on the other side of the road – were also opened up, as it was here that they were holding…

This year is the 400th anniversary of the founding of Temple in Fleet Street as a center for the legal profession – when in 1608, King James 1 granted land and buildings in The Temple, including the church to the…