The annual festival of architecture is returning, with in the flesh events once more, and a theme based on how buildings can reflect changing needs in society.

The London Festival of Architecture (LFA) and Network Rail have launched a competition to design a range of flexible bike parking facilities that can be rolled out at different times and locations to support cyclists using railway stations.

An exhibition about railway architecture is coming to Euston Station this summer, as part of the London Festival of Architecture.

Nine Elms railway arch to be opened as pedestrian tunnel

A blocked off railway arch under the tracks in Nine Elms could be opened up as a new pedestrian tunnel.

Bake a cake in the shape of a building

The architecture "Bake Off" returns, and this year for the first time it will be open to the general public to compete as well.

Network Rail is calling on architects and designers to come up with ideas for improved seating in some of London's mainline station.

The London Festival of Architecture 2017 programme has been announced, with over 450 events exploring this year's 'memory' theme across the capital throughout the month of June. 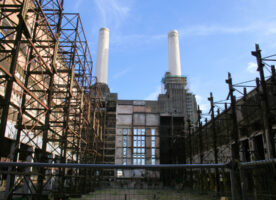 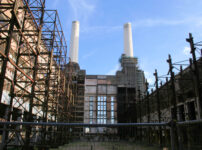 Nine Elms on the South Bank is hosting a series of events throughout June as part of London Festival of Architecture (LFA).

This came via an email and looks interesting – and in the absence of a website to link to, I copy it below. London Festival of Architecture Debate Thursday 24th June 2010 at the Apple Store, Regent Street in association…