Hidden away on side streets in Euston, will soon be a giant glazed cube that'll housing ventilation systems for the Northern line.

Have you seen the Victoria Cross memorial in Euston station

In the middle of Euston station is a memorial to a brave man who was awarded the Victoria Cross for his actions in WW1.

The DLR could be extended from Bank to Euston

Canary Wharf is working on a proposal for an improved rail link between the Docklands and Euston mainline station.

London Underground getting a new entrance at Euston station

As Euston mainline station is to be closed over Easter due to works on the railway north of London, they're also going to make some changes to the station itself as well.

No trains out of Euston Station over the Easter weekend

If you're planning a weekend break out of London via Euston station this Easter, think of a different place to visit.

For a long time, there was an urban myth that Cpt. Flinders was buried under platform 15 at Euston station. Now they know the real location of his real burial place.

A rather tired old office block is to be replaced with a large glazed cube which will be disguising a new ventilation shaft for the Northern line tunnels at Euston. 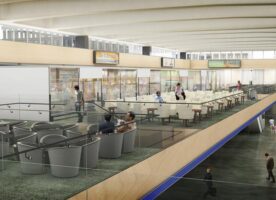 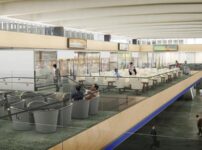 Euston Station to be Refurbished

Euston Station, that unloved 1960s slab of a railway station is to be tarted up, a little bit.

Much derided, in part for its admittedly shabby appearance and dated fascia, as for how it reduced the Euston Arch to rubble, Euston Station is not a particularly loved building.