Pay a visit to East Dulwich’s House of Dreams

There is an outwardly unremarkable terraced house in South London that conceals an explosion of colour and art within - the House of Dreams.

The unsolved murder of the Dulwich Hermit

Just over 200 years ago, gentle Dulwich was horrified by the murder of a much loved local eccentric - Samuel Matthews, better known as the Dulwich Hermit.

One of the architectural landmarks of South London is a wide ziggurat block of flats -- Dawson Heights.

A gothic house made from concrete 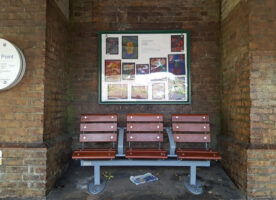 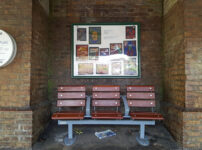 Student art goes on display in a train station

A train station near a famous art gallery has gained its own art display, courtesy of the local school.

There's a wooded pathway that is not called Lovers Walk, but that's what everyone other than the original planner now calls it.

The famous picture gallery in picturesque Dulwich village has long been drawing Londoners from afar to this almost rural outpost within Zone 2 of the travel card.

The 21st Dulwich Festival returns next weekend, with the usual "local-festival" mix of history, music and a fete.

Over the Easter weekend a delayed plan to replace an old railway bridge swung into action as a road in North Dulwich was sealed off and handed over to an army of hard hat wearing builders and massive machines. 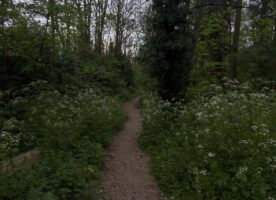 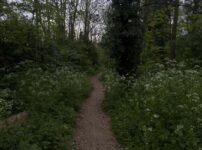 A look inside the modern St Barnabas church in Dulwich

On the 7th December 1992, a Victorian gothic church on top of a hill in Dulwich burnt down, following an arson attack.

A relic of penal punishment in Dulwich village

On a side street in picturesque Dulwich village can be found a small memory of a dark past that haunts the memory of the place.

There stands atop a hill in London a pole, a bright red pole. The pole is new, but recalls an old pole that stood here in the past. So memorable was the pole that it gave its name to the local road, but probably after the pole vanished.

Dotted around London largely up to Victorian times, were a number of toll gates which charged people to use the road -- but one still exists, still charging people to drive up the road.