Crossrail 2 is a proposed railway that would run north-south through central London.

The project was earlier known as the Chelsea–Hackney line (or Chelney line) in reference to a potential route as it would link mainline railways coming in from south-west London to north-east London via a central London tunnel.

The railway’s cost has been estimated at £31 billion, with the bulk of that being paid for by London passengers, local developers and local taxes, but the project is currently on hold due to the effects of the pandemic on transport in London.

The British Library has shown off its final designs for a large expansion of the library to the north of the current building, including early works for Crossrail 2.

Initial plans for a huge rebuild of Clapham Junction station have been shown off, with the rebuilt station sitting underneath a large housing development. 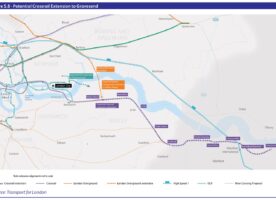 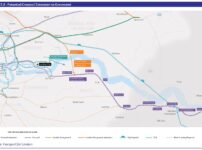 Crossrail extension to Ebbsfleet gets support from government body

Before it's even finished, Crossrail could be in line for its third extension, this time out to Ebbsfleet in Kent.

Following a consultation in 2015, and the announcement last Autumn of a costs review, Crossrail 2 has been looking at some of the alternative options for the railway line. 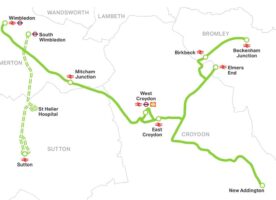 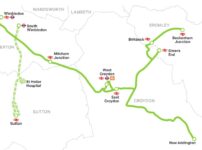 A report from the Mayor of London's office has outlined some aspirations for railway upgrades over the next couple of decades, including extending Crossrail and the Tram service. 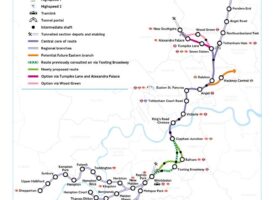 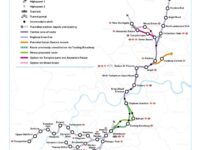 Crossrail 2 gets tentative approval to proceed

The long planned Crossrail 2 line, linking South-West London to North-East London has taken a tentative step forward, if funding can be secured.

One of London’s quietest train stations set for major upgrade

A small windswept train station in the middle of an industrial estate that sees hardly any trains could soon become considerably busier thanks to a local development.

Crossrail 2 could lose both its Chelsea and Hackney Stations

TfL has launched a second consultation about the planned route for Crossrail 2 which could see the two locations most closely associated with it losing their stations.