For a few years, London had an experimental fleet of buses that dragged a trailer behind them burning a unique type of gas, made from burning coal.

Could the pantograph make a return to London’s buses?

A trial of a new electric bus in South London could see the pantograph return to London's buses, some 60 years after the last Trolleybus ran in London.

See vintage tube trains and buses in London on Sunday

This coming Sunday, a vintage tube train will be running through central London, and out at Epping, vintage buses will travel around the countryside.

Last year, TfL started a trial of a technology that can tell people how many seats are available on the upper deck of a bus. It ran on just the one bus on route 141 during the trial. 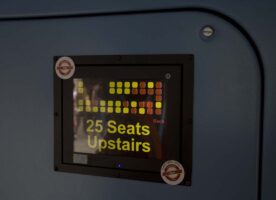 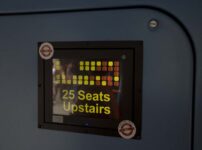 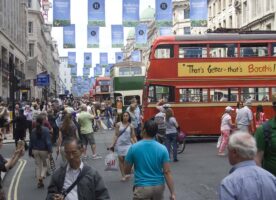 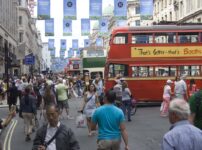 It's an art thing, but quite a fun one. A red double-decker bus is doing muscular push-ups outside the Business Design Centre in Islington.

A terrestrial alignment of heritage took place on Saturday as I found three heritage related events taking place within a few stops of each other on the Central Line. First stop was also underground related as the Post Office’s overflow…

Sometimes when you plan a visit to an exhibition, you get rather more than you expected. Today was such a moment, as a visit to a small – and frankly, not worth the effort – exhibition about past and future…

Riding the night bus into London

While most people use the Night Bus to get home after a night out, a smaller number travel the other way, heading into work or travelling home against the usual flow of traffic. Waiting at the bus stop, ten minutes…