TfL style contactless touchpoints are arriving at Windsor and Eton station as contactless payments for train tickets, already valid on GWR and TfL Rail services between London Paddington and Reading are being extended onto the Henley and Windsor branch lines.

Gifted to the nation for the use by a government minister, just outside London can be found a modest mansion that’s also open to the public, but only for a couple of weeks a year.

Not in London, but not far from it, is Dorney Court, a Tudor manor house that's only open to the public on a handful of days a year -- and the owners have confirmed when it will be open in 2022.

In the middle of empty fields, a long way from London can be found the remains of a disused London Underground station.

If you happen to be visiting a grand mansion house, and arrive at Aylesbury Vale Parkway station, then there's a local electric bike hire scheme to get you the rest of the way. So I tried it out.

A day trip to – Waddesdon Manor

Not far outside London in the middle of the English countryside is a grand manor house that looks like it belongs in France.

A day trip to – Dorneywood House and gardens

Gifted to the nation for the use by a government minister, just outside London can be found a modest mansion that's also open to the public, but only for a couple of weeks a year.

A government mansion house in rural Buckinghamshire that's also right next to part of the City of London is having a number of open days in July.

It's a bit outside London, but there's a chance to visit a live archaeology site that's currently excavating a churchyard filled with around 3,000 dead people.

HS2 freight deliveries to a town without a railway station

The site, to the north of London, is an interesting one, as HS2 trains will pass right through the middle of a disused railway station.

Days out of London – High Wycombe

High Wycombe is a large town on the Oxford to London route which has been around for roughly 1,000 years, but for much of its time was quite a small village, until the 17th century when the paper industry arrived.

A small picturesque village in the Chilterns famous for the deeds of its long time owner, and the notorious hellfire caves.

This is Wendover, a small rather well to do town with just enough of a cluster of old things to look at to make a visit worthwhile.

A small village in Buckinghamshire that would otherwise be totally unremarkable, is now a heritage centre for one man.

I am the Very Model of a Modern Model Villager

I am the very model of a modern model villager, I can see houses, streets, trains, all in miniature, 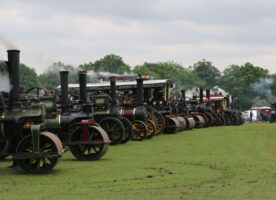 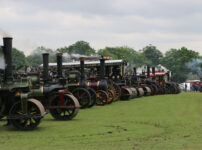 A day in the countryside and a private steam train

Most boys want a model railway, but if you are a very rich boy with a large garden, then why not build a real steam railway of your own. The invite a few thousand people and assorted steam vehicles to churn up your back lawn? 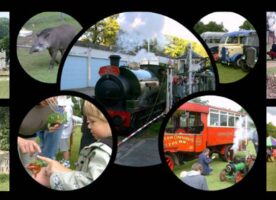 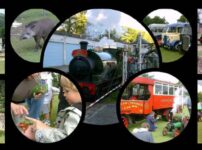 Every couple of years, the McAlpine's open up their back garden to the general public, and many come, because in that back garden is a fully working steam railway.