This is a cobbled passage just off Roman Road in East London that's recently seen run down workshops being converted into loft-apartment style flats.

In the 1970s, a youth worker captured a rapidly changing East London in a series of photographs that have now gone on public display.

This is an alley in all but name squashed behind shops in Bethnal Green, but in recent years some exceptional architecture has appeared down here.

This is an alley way leading to a well known local pub, and was named after a rich philanthropist who left land around here to charity.

This thin strip of land next to the busy roads of Bethnal Green is the rather inappropriately named Paradise Gardens.

A tall metal sculpture stands in a public park, holding up a couple of CCTVs that keep an eye on the area.

A hidden chapel and roof terrace to open to the public

Hidden under scaffolding lies one of East London's marvels, and soon it will be unveiled once more.

Bethnal Green tube station is notable for three things - a disaster, a clock, and some tiles -- and today I am going to talk about the tiles.

On a rather fine-looking side street in Bethnal Green can be found a surprisingly impressive, and well-maintained war memorial to the dead of WW1.

This is a rather bland, if convenient footpath in Bethnal Green, but one that marks ancient boundaries.

A side street off busy Bethnal Green Road is home to a Victorian building that is undergoing refurbishment, and next month is a chance to go inside and have a look.

The Bethnal Green Memorial fund, which you may recall has built half the memorial but still fund raising for the main piece has secured a £10,000 donation from TfL. 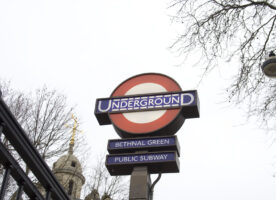 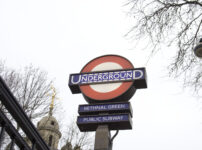 At around half past eight tonight, it will be 70 years since the single largest loss of British civilian life during World War 2 - the Bethnal Green Disaster.

Bethnal Green sports two Churches with very notable and yet also very different representations of the Stations of the Cross. Both built within 80 years of each other, yet the older is also the younger, thanks to the after effects…