A new riverside office block is being planned to replace, what I suspect many passers-by would have assumed is a block of flats, but is actually a 1980s office block.

This is an alley in Bankside that's charmingly cobbled, but has a bloody history.

Next month, Beelzebub himself will rise up from the River Thames, as the Twelfth Night revels make a long-awaited return to Bankside.

The long term future of the Crossbones Graveyard in Southwark has been secured after the housing development next to it signed a renewable 30-year lease with the local group, Friends of Crossbones.

This is a short modern alley that's actually much older than it looks, and in the wrong place. Oh, and gargoyles.

A cluster of towers planned for the bankside area is likely to go ahead after one of the developers committed to the plans.

What looks like an abandoned rubbish skip now overflowing with plants growing in the rubble is actually a specially planted metal box garden.

The troupe behind the popular Twelfth Night performance along Bankside every January are fundraising to keep it going.

Had things gone according to plan, instead of an old power station full of art, there would be an outpost of Mars on the south-bank of the Thames. 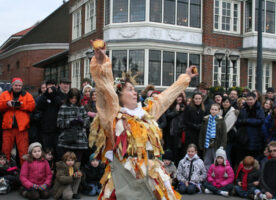 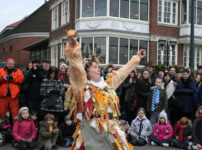 Go Wassailing at the Bankside on Sunday

A seemingly annual tradition now – tomorrow marks the arrival of The Green Man at London’s Bankside and a celebration of the 12th Night festivities. Although Twelfth Night took place a couple of days ago, the celebrations at Bankside are… 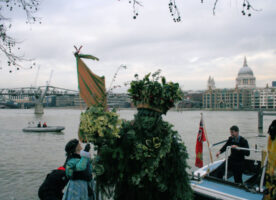 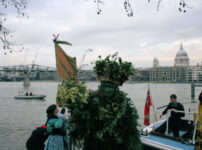 Wassailing at the Bankside

If slow to arrive is the Holly Man, slow shall spring be too* *a fake made up saying Circling around Bankside in a powered boat, the Holly Man – a chap decorated in the traditional garb of the Green Man’s…