Behind the scenes at London Underground’s Bank tube station upgrade

The cramped maze of tunnels that make up Bank tube station are about to change, as a set of huge new tunnels are being dug next to the Northern line that will transform the amount of space deep underground.

Safety improvements at the road junction outside Bank tube station have reportedly seen casualties reduced by 52% since they were implemented last year.

Deep under the City of London lies its oldest deep level tube station, in use for less than a decade before it closed in 1900, now it's about to get a new lease of life.

This may look like a typical bit of military history on a plinth, as seen in many places around London, but in fact it's London Underground heritage being celebrated here.

The largest stone building in the City of London for over a century has had its building site protective covers removed, and revealed an awful lot of glass and bronze. 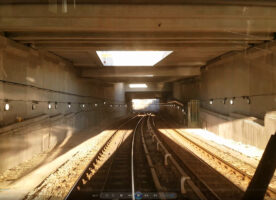 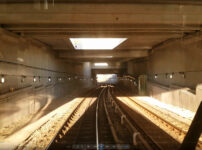 DLR tunnel to Bank station is being extended

The DLR tunnel to Bank tube station is getting longer -- not because of tunneling work, but because of a new housing development. 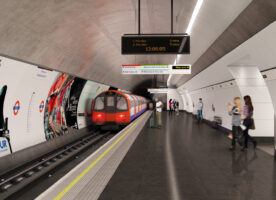 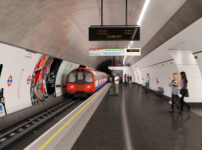 The upgrade, which will cost £563 million will see the capacity of the tube station increased by 40%, and two news travolators added to speed transfers between the Central and Northern lines.

The last of three public consultations is opening for comment about the plans to upgrade the Bank tube station complex.

If you've ever noticed an odd smell in the DLR at Bank station would it perhaps surprise you to learn that the deep tunnels are ventilated through an old toilet?

3D Model of Bank tube station and the 2020 Upgrade plans

If you head into a certain Church in the City, you can see catnip for any tube fan -- a 3D model of the future Bank/Monument tube station as it will be in around 2020.

Just a notice that there will be a public exhibition next week showing off the latest plans to upgrade the overcrowded Bank tube station.

A huge construction site near Bank Tube station is preparing the way for a new tube station entrance to be built -- oh, and a very large office block, oh, and it sits in a major archaeological location.

I have been meaning for absolutely ages to take a look at a little bit of London Underground heritage at Bank Station, and total thanks to problems with the Jubilee Line, I happened to be at Bank today and going…

Transport for London has just announced that changing between lines at Bank tube station will not be possible from the end of this month until the middle of next year.