Snails on stones — art in Aldgate

If you head to Aldgate at the moment, you might come across a stone wall with some curious creatures on it.

This is a modern yard in Aldgate named after a long-standing, and not standing anymore, pub of the same name, and had been a coaching inn of some sort ever since Tudor times.

There's an open-air exhibition at the moment to commemorate the bicentenary of the death, at just 25 of one of Britain's best-known poets, John Keats.

Plans for a Covid memorial for public transport staff unveiled

Transport for London (TfL) has released designs for a memorial to London’s transport workers who lost their lives to coronavirus.

Anna Ray exhibitions looks back at her Huguenot ancestors

Two offices in London currently have art exhibitions for the staff who work there, but less well known is that they are also both open to the public to visit as well.

A free football exhibiton in the City of London

If you head to Aldgate Square at the moment, there's a free public exhibition all about the history of football in London.

A selection of large photographs has gone on display showing off the many varied faiths within the City of London.

Restoration of the Aldgate water pump

A notorious water pump at Aldgate was once praised for its clean clear water yet killed hundreds of Londoners - is currently being restored.

A narrow open passageway that creates a convenient cross passage in the middle of two otherwise long unremitting roads.

This is a relatively new addition to the streets of London, being a result of post-war clearance, and some recent upgrades.

London's newest pocket park has a display of some of it's oldest photos at the moment.

London's newest Pocket Park opened a couple of weeks ago, replacing an ugly road junction that was a legacy of 1960s thinking.

A water pump on the edge of the City of London that was praised for its clean clear water, that killed hundreds of Londoners. 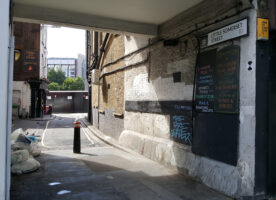 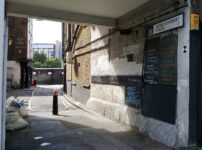 This is a seemingly rather uninteresting passage, but is one that's steeped in a bloody history. 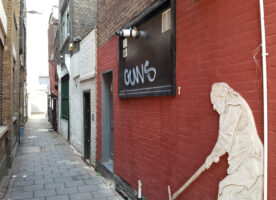 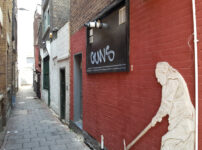 East London office gets its own private tube train

An office block with an entrance next to Aldgate East tube station has installed its own private tube train — as a waiting room. 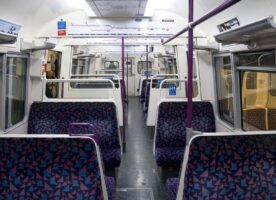 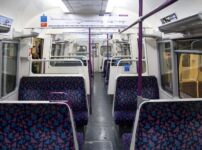