Stephenson’s Rocket is to return to the North

The Science Museum has announced that it is to send Stephenson’s Rocket to the Great Exhibition of the North 2018. 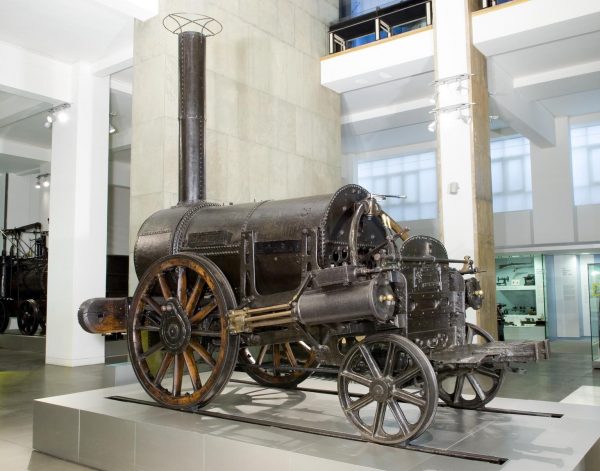 As Newcastle and Gateshead make preparations for the official launch of the Great Exhibition of the North in 2018, the Science Museum confirmed that the historic locomotive will return to the city in which it was built, for the first time since it was acquired for the nation in 1862.

Manufactured in 1829 by Robert Stephenson at Newcastle’s Forth Street Works, Rocket won the famous Rainhill Trials in that year to become the fastest locomotive designed up to that point.

The Rainhill Trails were held in 1829 by the Liverpool and Manchester Railway to find a new, more efficient form of locomotive. When Rocket’s turn came at the Rainhill Trials it completed the course of 70 miles at an average speed of 13 miles per hour. In their attempt to win the prize of £500 (worth approximately £50,000 today) the Stephensons brought together several innovations with their new locomotive Rocket to improve efficiency and performance.

The basic design proved to be ground-breaking and appeared in virtually all subsequent steam locomotive designs.

The Great Exhibition of the North takes place from 22 June to September 2018.

I am sure some wit will make a comment about rail commuters in the north getting second-hand trains from the south. But not me, oh no, not at all.

Maybe a rail replacement bus service can be installed in the empty space while the locomotive is up north though.