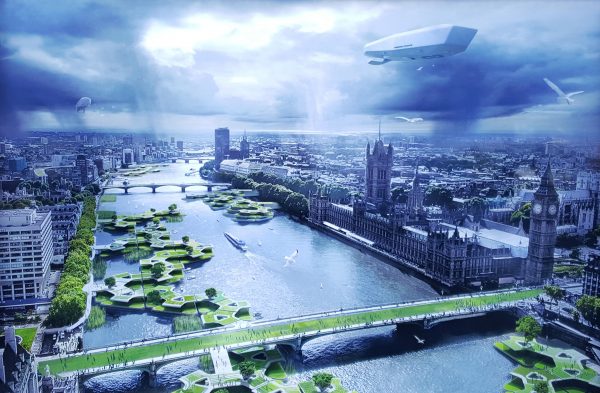 Less dystopian in that there’s a rather less dereliction than many future visions suggest our future will include, this is a London that’s either turned towards environmentalism, or gone large with massive towers as urbanisim runs riot. It’s oddly a more uplifting future vision for London, where civilization survives rather than being lain waste by war and disease. 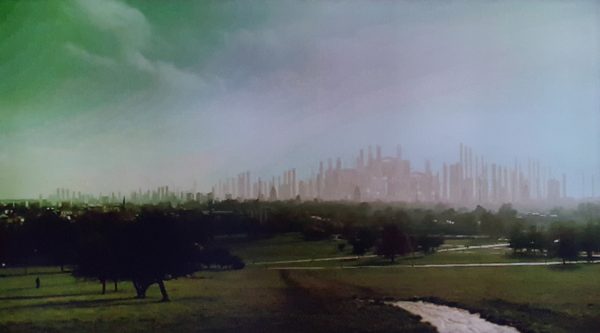 The visions in the exhibition are based on exaggerated scenarios, unexpected, and often paradoxical, aiming to raise questions, and to provoke discussions about life in the future.

They depict speculative urbanisms or exaggerated presents, in which we can imagine the wonders and possibilities of the future.

What’s not apparent from my still photos is that many of the images are videos, offering flythroughs of their London, or at least, some degree of movement to keep you lingering a bit longer than a static photo would. That itself could be a future of art, a modest movement in the picture to keep the attention span lingering in an attention-span deficit society.

While many of them are quite exciting to look at, one jarrs somewhat. Unless the future of London implies moving the Tower of London, the Shard, and the Gherkin skyscrapers, it’s an impossible vision.

The exhibition is at the Museum of London in the lower ground floor until 15th April. 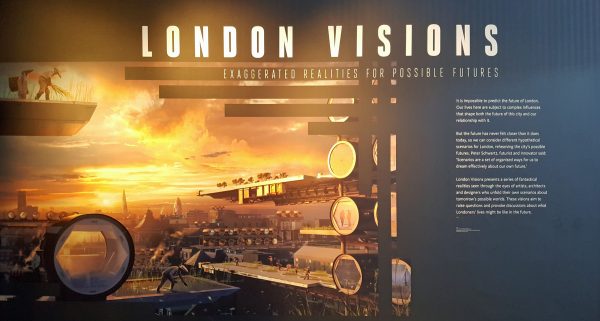