Published 29 May 2012 by Events and Tours, History, Transport News

Over the weekend, the inhabitants of Ongar in Essex got extremely excited as the disused railway linking the town to Epping returned to life again – as a steam railway service.

The railway built around 150 years ago, and taken over by London Underground in 1949 closed due to a lack of passengers, but it seems that all they had to do was replace the tube trains with steam trains and the line would have probably been a success – judging by how many people turned up to the opening weekend.

The Epping-Ongar Railway doesn’t actually run from Epping (yet), so they lay on a fleet of heritage buses to cart people from tube to steam. 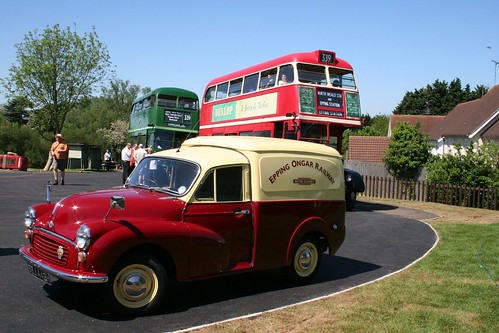 Arriving via the tube train for the first heritage bus on the schedule, the train pulled into the opposite platform just before the bus departed, leading to a number of people running over the bridge to get on just as the bus pulled out.

A curiosity about heritage buses and tube trains is that people just see “a bus” or “a train” and try to get on thinking it is a normal service. This lead to a bit of a moment as the conductor tried to explain to a few people that this was not a normal bus service – although he seemed to just let them stay on anyway.

Passing through Epping high street, some people stared in amazement as the usual modern single-deck service was replaced not just by a double-height bus, but a vintage one at that.

A short trip through the woods and past the air-field — with excellent views from the upper deck of that — and into North Weald station and its freshly tarmac’d car park. It was still a dirt patch when I was there last year.

Into the ticket hall to swap my email for an authentic ticket stub of the sort they used to hand out a few decades ago and that granted unlimited use of all the buses and trains they had laid on for the day.

Two train services beckoned – a diesel service that shunted back towards Epping as far as the track could take a train, or the steam train to Ongar, and back. 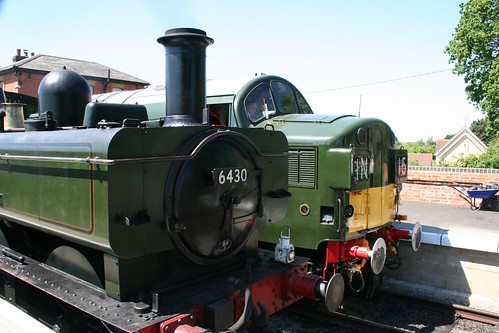 As it happens a technical glitch took place and after waiting around for the steam locomotives to be hitched up to their carriages it was announced that the first train to Ongar would be the diesel instead of steam.

You could say it was disappointing, or you could say we got to take the only diesel train to Ongar that day!

The railway has a collection of old commuter carriages to choose from, so it was slightly odd to be sitting in a carriage that was familiar from my early commuting years. And off to Ongar through the countryside, and under road bridges with the occasional sightseer watching from above.

Just as North Weald station has been restored to use, so has Ongar — which has also been given a string of celebratory bunting for the open day.

While new passengers joined the train, and others stayed on for the return trip, I wandered off. 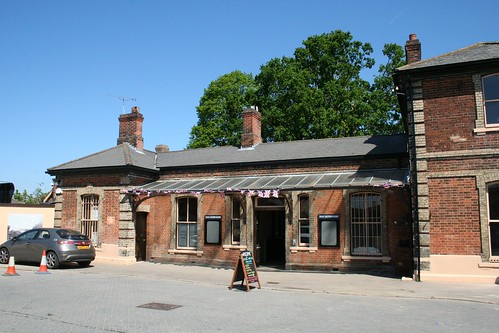 A trip to the Chipping Ongar Castle and a local church and past possibly the most patriotic newsagent in the UK. A countryside walk to Greensted Church and a rest, then following the country roads to a disused station along this former disused railway.

Blake Hall station was allegedly built here as a condition imposed by the local Manor as a condition of selling the land to the railway. A charming idea, but railways had quite strong powers to force land to be sold to them, so it seems unlikely that they would need to agree to such a demand from the landowner.

The station subsequently became known as the least used on the entire Underground, and when it closed on 31 October 1981, the station was reported to have only 6 (or 17) passengers a day.

Blake Hall also sounded incredibly familiar to me, until I realised that I was creating a mental portmanteau by linking two Miss Marple names – a character called Blake who dumped a dead body in Gossington Hall. Hence, Blake Hall.

Although the platform has vanished, the station building remains as a private home – and is now lived in by the owner of the railway itself. I was told by one volunteer that he is planning to have his own siding installed in the garden for his private use. Such are the perks of owning a railway! 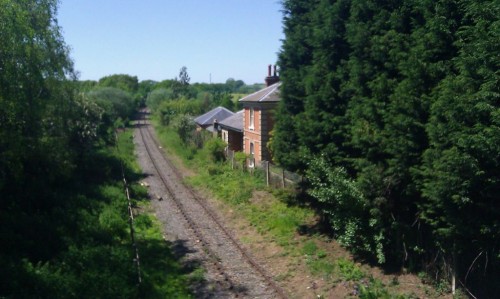 Blake Hall is also next to a convenient road bridge over the railway, and as I arrived the distinctive smell of burning reassured me that steam trains were passing by. Except that it was a sign of a passing train, in the form of some of the undergrowth next to the track having caught fire.

A message sent to the railway, and a chat with a neighbour who wandered over to have a look later.

Eventually though, a steam train could be heard in the distance coming back from Ongar and irritatingly my video didn’t save properly so here is a photo instead. 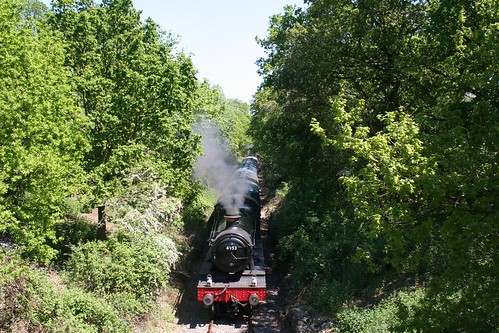 Photo taken, carry on up to the main road to hopefully catch the twice-hourly bus that could take me back to North Weald. A bus driven by a guy who let out the most profound sigh of exasperation when I asked for a single to North Weald.

Now time to rejoin the diesel train that I had caught several hours earlier – except this time heading towards Epping. Nothing much, just a trip along a wooded track and then with a shudder a stop in the middle of the woodland. Normally an unexpected stop causes mutterings of annoyance at the delay, but this time it’s excitement as we reversed back to the station.

Finally, a chance to take a trip in the steam train!

Although the carriages are a motley collection of old commuter and intercity services, there was also a Pullman style first class carriage that just had to be tried out, even though my cardboard ticket stated Third Class only. 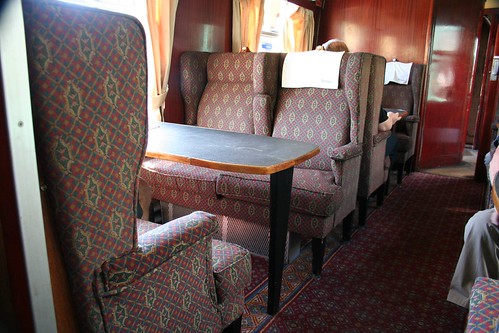 A couple of toots from the engine up front answered by a couple from the locomotive at the back and with a lurch we’re off back to Ongar. In fact, apart from the occasional whiff of flinty smoke and the distinctive chug-chug of the engine, there is nothing inherently distinctive about sitting in a carriage pulled by a steam train.

Having got to Ongar, a short wait to refill the water, from a collection of plastic water containers – presumably, the water supply isn’t permanent yet. Some new passengers embarked, others left to explore the town – and some stayed on back to return a few minutes later.

The heritage bus back to Epping was pulling out as I arrived, so faced with a 30-minute wait, or a 40-minute walk, I walked back to Epping, which is a quite enjoyable countryside walk.

Ok – my plans went slightly awry thanks to the earlier train mishap so my day was an hour or so longer than expected and involved a walk back to Epping (by choice), but it was a damn fine day out. Steam trains, a castle, country walks and ancient churches – what more could I have asked for.

Well, maybe a bit less heat from the blazing sun.

The resumption of steam services on the line also excited the locals and every single person I stopped to talk to when out wandering around town asked if I had come up for the train service, and were suitably happy by the news of its arrival.

The service now runs every weekend with unlimited travel costing £13 per adult.

Eventually, they hope to restore the railway back to Epping station and replace the shuttle bus with steam all along the line. I’ll be back for that, if not sooner. 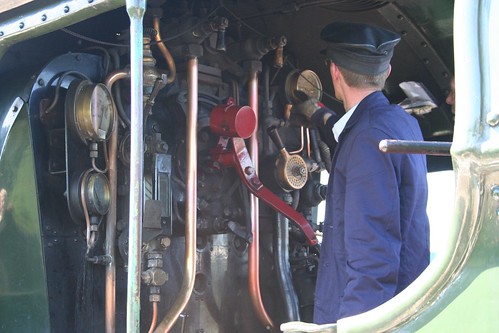 Unsurprisingly, Diamond Geezer took a trip as well, on Sunday.