Published 26 July 2014 by By Ian Mansfield Events and Tours

The annual Heritage Open Days returns in September, that version of London Open House that takes place outside London for those of you brave enough to venture outside Greater London.

Like its London namesake, a lot of buildings are opened up to just wander in, and some more special places need prebooking.

My personal tip is to find a few choice places that are close to each other that need booking, then fill in the gaps with the churches and small stuff that happen to be open.

I spent a very nice day hopping between Woking and Guildford a couple of years back that way.

Currently, there are 570 venues open in the South-East, and my pick of the best are…

A peep behind closed doors at Uppark

A chance to take a peep behind doors that are normally closed to visitors.
Opening Times

Behind the Scenes at Chichester Cathedral

The Song School located high up in the Cathedral’s triforium and reached by a winding spiral staircase is where the Cathedral choir practice twice daily. The Cathedral Library houses a fascinating collection of rare books situated in the Cathedral heights. The Bishop’s Chapel is the private chapel of the Bishop of Chichester.

Discover the chalk & flint vaulted cellar built c.1350 and remains of a medieval bridge c.1170 in the basement of John Lewis. Event not suitable for children under the age of 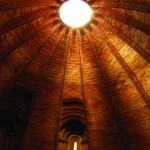 Grade II listed building, built by the 1st Earl of Lovelace at the end of the 19th century, in the unique Lovelace architectural style that dominates East Horsley, a combination of flint, with moulded red, white and black terracotta brickwork. The interior comprises a tall and airy vault with a fine groined brick dome, similar to that found in the chapel of the nearby Horsley Towers. 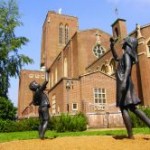 Grade II* listed building. Designed by Sir Edward Maufe, the first Anglican cathedral to be built on a new site in the south of England since the reformation. Climb the 249 steps up the tower for wonderful views of Guildford and beyond. 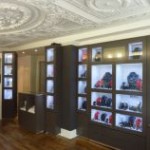 This little shop hides an astonishing secret, an ornately plastered ceiling dating to the mid-17th century which was made for the Earl of Shaftesbury as a ‘pattern’ for a ceiling in his house in Wimborne. The ceiling was later covered up until it was rediscovered in the 20th century.

Royal Holloway, University of London, welcomes the public to explore its spectacular grade I listed Founder’s Building, Picture Gallery, Chapel, refurbished Boilerhouse and extensive grounds. The Founder’s Building, founded by entrepreneur, Thomas Holloway and opened by Queen Victoria in 1886, is modelled on the Château de Châmbord in the Loire Valley. Its flamboyant architecture makes it one of the most impressive university buildings in the world.

Part of Dorking’s extensive system of cellars and caves cut into the soft Greensand dating back to at least the 17th century. Entrance is via a discreet doorway at street level into extensive galleries used, until recently, as wine cellars. From the wine cellars a series of steep staircases lead down deep under Butter Hill to a cave of uncertain age and purpose. Explore the caves with expert guide Richard Selley.

Visit the air raid shelter built in cast concrete by a previous owner during the Second World War. See petrol, oil and gas engines (some running) made from 1899 until 1950. Also early electrical generators and switch gear.

The Old Ticket Office is a beautiful old station building designed and built for the Great Western Railway company by Brunel in the early 1800s. The building is Grade II listed and has not been open to the public since it ceased being the main ticket office and waiting rooms for Culham Station. Entikera Ltd started to rent the property in May 2014 and we’re opening our doors to the general public so that you can come and enjoy this beautiful building and see inside the first class waiting room, third class waiting room and the ticket office. 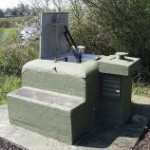 A rare opportunity to visit a 1962 Royal Observer Corps Monitoring Post; a tiny nuclear bunker – one of over 1,700 built across the UK in the darkest days of the Cold War to warn the public of impending attack (the so called Four Minute Warning), watch the skies for nuclear blasts and monitor the resulting damage and nuclear fall out. 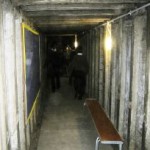 World War II air raid shelter under playground, with historical display. Once equipped with shovels, picks, a crowbar and a seven pound hammer in case of direct hits, the shelter was used with great frequency from 1940.

Behind the Scenes at Canterbury Cathedral Library (booking required)

The displays will focus on items from the book collections of parish churches in East Kent which are kept in the Library. These churches are Crundale, Elham and Preston-next-Wingham. They are fascinating collections of books covering a range of subjects, and date from the 16th century onwards. 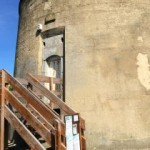 The Wish Tower is a Napoleonic Martello tower that has only recently been reopened to the public. It’s largely in its original condition allowing visitors to get a good idea of conditions of the garrison. Visitors will be limited in any one tour for reasons of safety, but hard hats, torches and hi-viz vests will be supplied. All visitors must wear suitable footwear (flat, sturdy shoes or boots, please) and will be taken to all three floors from the basement with its powder room right up to the roof. 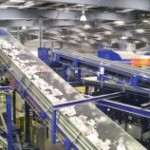 Tours include a presentation, a video of the machinery at work and then out along the gallery walkway into the factory.

H.G.Matthews is a working brickworks and produce hand-made bricks for renovation of many historic buildings and prestigious heritage sites including Chequers, Hampton Court and many National Trust properties. They have recently started using wood-fired kilns to achieve better matches to old bricks.

…more venues are usually added closer to the date, so worth checking then as well.