Less than 20 years after it was built, Southwark tube station’s distinctive sunken bowl entrance hall could be demolished if plans for a new oversite development are approved.

When the station was built as part of the Jubilee line, like many tube stations, it was always intended to have some development on top, but nearly 20 years after it opened, no development has taken place. 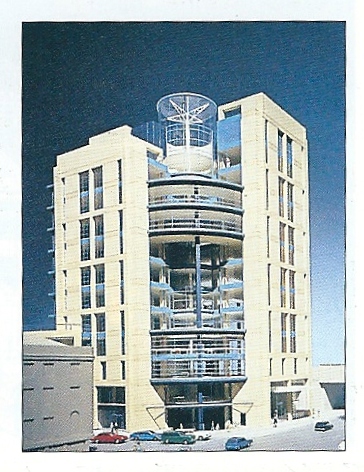 The current station was designed by MJP Architects, and although the oversite development would have been a separate later contract, they did put forward plans for a hotel building that retained the curved facade of the station entrance.

The key issue is that the area has seen a huge amount of development following the arrival of the Jubilee line, and the upgraded Blackfriars station, and there is pent up demand for larger taller buildings in the area.

TfL is now working on proposals with developer U+I, designed by architects AHMM which will be submitted for a planning application in a few months time.

The development is likely to combine three sites – Algarve House, an office building currently used for an arts venue, land owned by TfL, including the space above Southwark tube station and land around the station owned by Southwark council. 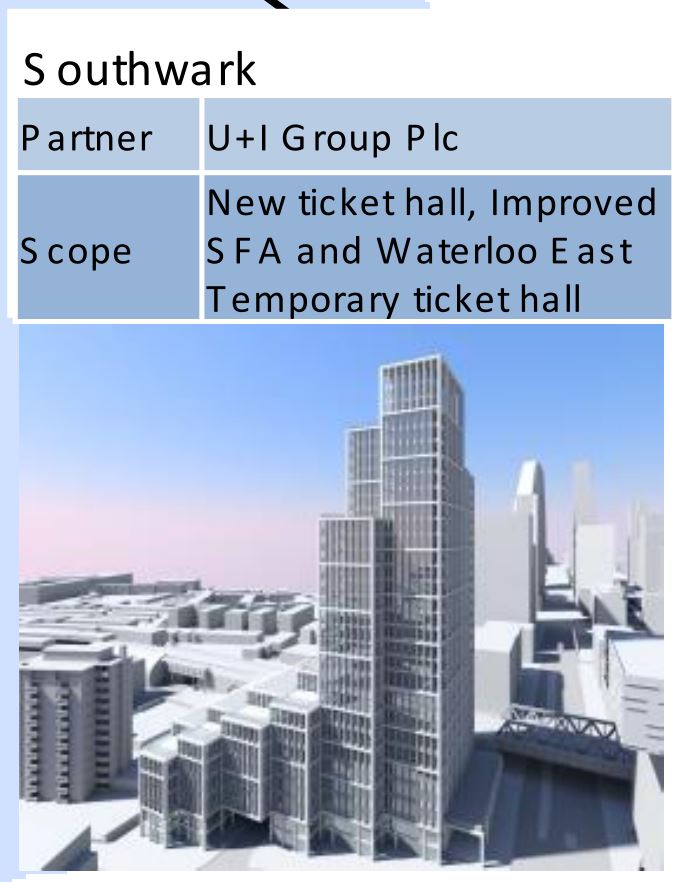 This would see a 30 storey high tower block rising up above the station instead, nearly 3 times higher than the tube station was designed to support.

Due to the way the tube station is designed, the sunken ticket hall does not sit directly above the Jubilee line tunnels, but off to one side, with a lower concourse leading to sideways escalators down to the tube trains.

That would suggest that the new development would only need to affect the ticket hall area, and not the equally distinctive lower levels.

It’s expected that a ground-level ticket hall would be constructed, with escalators from ground to the lower level. While this would make access somewhat simpler, it would remove one of the more charming features of the tube station.

The designer of the current station, MJP Architects has called for the planning approval for the new towers to include a clause requiring the reconstruction of the sunken ticket hall. The ticket hall almost certainly has to be demolished, simply to add in the extra foundations for the new tower, but it would be possible to rebuild it to a similar design afterwards. 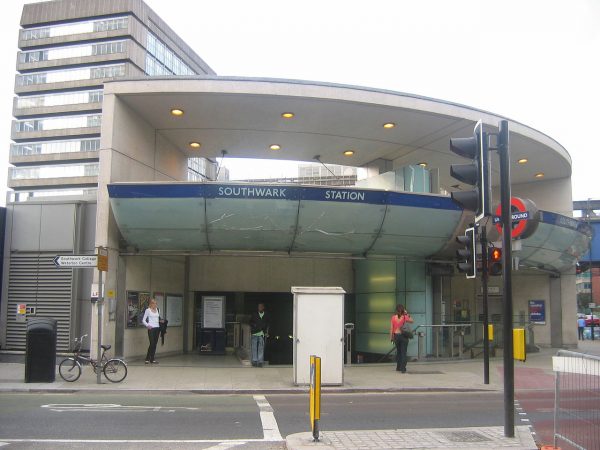 “For a building which has been recognised for its high architectural quality, rebuilding the ticket hall to match the existing design would not be an unreasonable planning condition, even if not listed.” Jeremy Estop, Managing Director, MJP Architects.

The main risk of the indicative plans is that there would be a decline in natural daylight able to enter the station, for example, the glazed upper level of the drum above the main escalators, is lit by daylight and is reminiscent of the Holden stations of the 1930s. 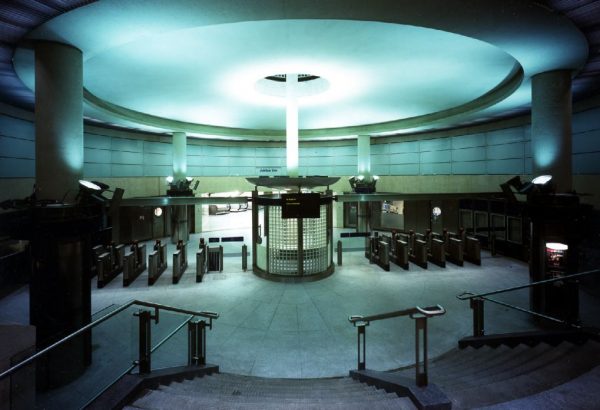 A campaign to preserve the station by securing a listed building status was rejected by Historic England following campaigning by the 20th Century Society.

In their report, Historic England said that while “the entrance hub and rotunda on Blackfriars Road are not of the same very high calibre architecturally, aesthetically or functionally as the intermediate concourse and its approach from below, and do not merit listing at Grade II*.”

As the tube station lacks protection, it is now open to the developers to propose the much larger oversite development they have in mind. 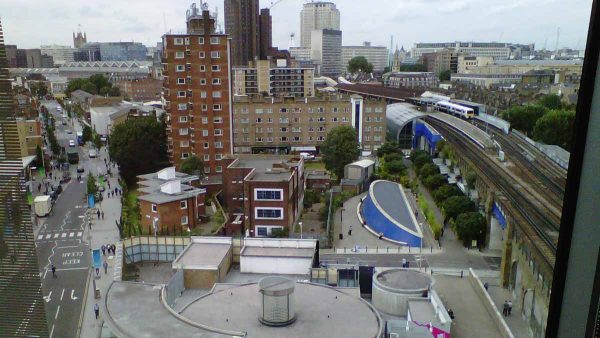