An area near to one of London’s earliest purpose-built theatres is once again going to be home to a theatre, as the Southwark Playhouse has secured a new long term lease. A tall residential tower that recently went up in Elephant & Castle which could normally expect to have a supermarket on the ground floor instead boasts a large concrete void that has been proposed to be used as a theatre.

As such, the Southwark Playhouse will be bringing plays back to within a few hundred yards of the site of the Newington Butts Theatre, probably the earliest purpose-built theatre in London. Actually, it was outside London as it was at the time, for theatres were banned inside the City of London, so many of them were built in Southwark.

That original playhouse probably opened around 1576, but was forced to close in late 1594. In 2019 the Southwark Playhouse will open its new theatre, 425 years after the previous playhouse closed. 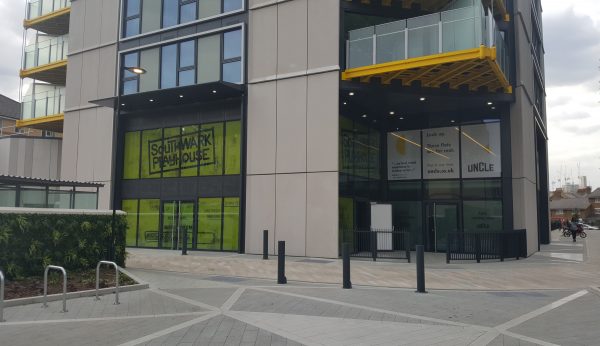 The Southwark Playhouse have themselves been around for 25 years, but have often had to move location due to vagaries of landlords and rents. They have now secured a 125 year lease with a peppercorn rent for their new site, giving them the opportunity to operate without the threat of being evicted from its premises for the first time in their history.

Underneath the residential tower in Elephant and Castle, there will be a 300-seat flexible theatre space, plus for the first time, a dedicated secondary studio space specifically for youth, community and development work. 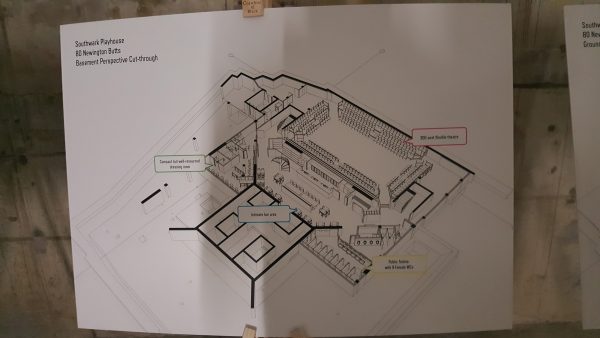 The new space will also have the theatre’s first gantry lighting rig which will make production work a lot easier, and the seating arrangement is designed to offer a number of different layouts depending on the needs of the play.

At the moment, the prospective theatre is a concrete shell, and they have secured £1 million of the £3 million needed to turn it into a functioning theatre space.

As a theatre for the local community, rather than a grand wall with a few worthy donor names as many cultural centres have, they are offering a chance for ordinary folk to be immortalized on a wall instead. Local people can become a cultural philanthropist supporting the theatre with contributions of just £50 per person needed.

Based on the original Million Dollar Homepage, this Two Million Pound Wall will allow the public to play a part in making the permanent home of the Playhouse a reality. 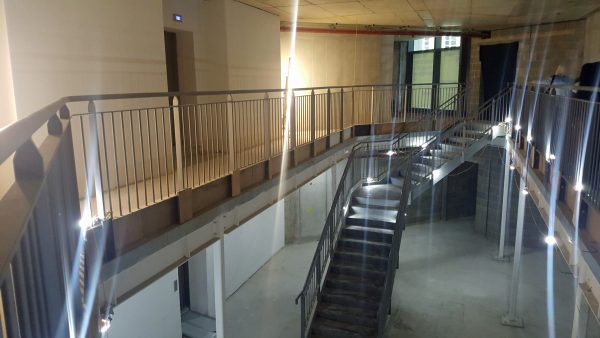 The Southwark Playhouse – Elephant is due to open later next year.

If you use the lift to get in when it opens, T is for Theatre. BS is the bin storage. You don’t want that floor. 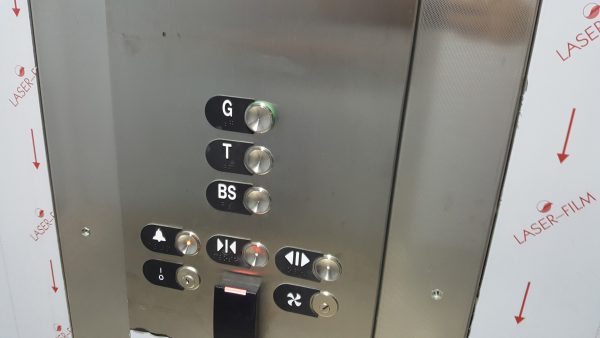 They’ve also secured a shorter, but no less significant lease that will see them return to the arches under London Bridge where they were based for a while before that station’s redevelopment.

The London Bridge home is also due to open in early 2019 and is part of a Section 106 agreement with Network Rail, which came about after the theatre’s successful 2012 campaign backed by Stephen Fry and Andy Serkis to retain a home within the new station.