Southeastern Asia Puppets Shown off in the British Museum

A new display has opened in the British Museum, of puppets from Southeast Asia – and its probably the first time many of the objects have gone on public display. 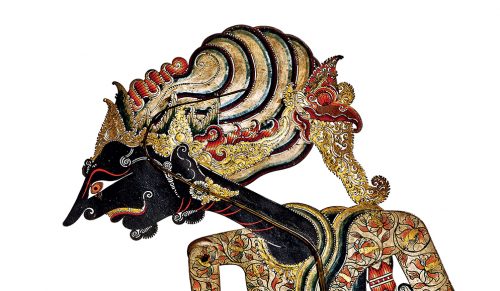 The British Museum started acquiring puppets back in around 1800 when Sir Stamford Raffles started the first ever systematic collection of puppets in the world.

Since then it has been added to, right up to modern times.

So, expect a curious mix of very asian looking artwork, which while alien to British eyes, still looks curiously like medieval European depictions of demons and monsters. 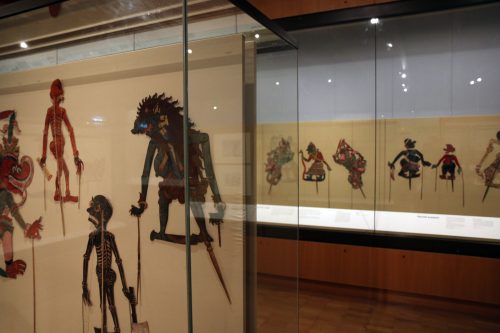 The religious link is not incidental, as puppet shows were, and in places, still are seen as a suitable offering to the gods. A good harvest is thanked by putting on a puppet show, much as a Christian church might have a service of thanksgiving.

In use, the puppets, normally carved from animal hide and painted on both sides, are placed between a light source and a white cloth screen, with audiences watching the performance from both sides.

In shadow theatre, old and new stories are presented to audiences with puppets representing the universe from deities to demons, traders to royalty. Clowns provide humour through verbal and visual jokes and make the stories topical to local spectators. 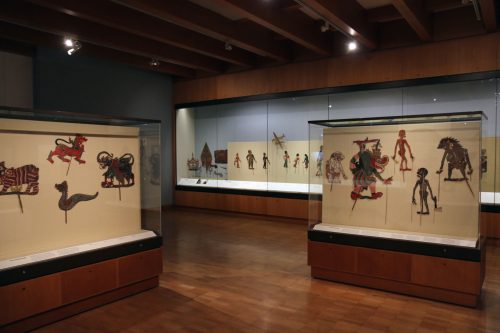 The exhibition also features puppets from Kelantan in Malaysia made by two puppeteers in the mid-20th century and Balinese puppets gifted to Queen Elizabeth II.

It also includes a set of modern Thai shadow puppets from the 1960s and 70s, with the characters in modern attire, showing how the puppets can be thanks to gods, but also satires on derided politicians and army officers.

The exhibition is open until the end of January 2017, and is in the prints area at the top of the rear staircase in Room 91. 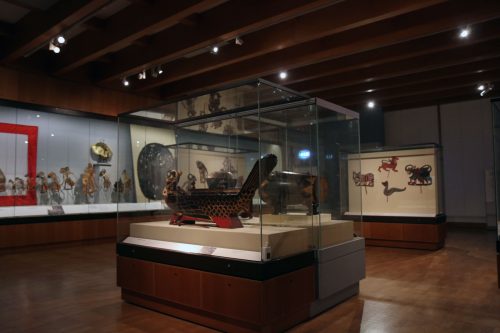