If you inherit a company from your dad, and build it up to become the world’s largest tea trading business, you might be inclined to start collecting things as you travel around.

Such a person was Frederick John Horniman who had a passion for collecting and needing somewhere to display them, but also being civic minded, he built his own museum in South London’s Forest Hill. Commissioned in 1898 he donated the museum to London County Council in 1901 for use by the people of London.

And it is still there today, acting less as a museum of local history than a smaller version of the huge South Kensington museums and thus making it easier for locals to get a dose of a “scientific museum” without having to travel far.

I used to live in Forest Hill and visited often, but to my shame hadn’t been back since its refurbishment in 2002.

All good museums need an icon – whether it is the dinosaur in the main hall of the Natural History Museum, the jar of pickled moles in the Grant Museum or the giant skeleton in the Huntarian – all have something famous.

The Horniman Museum is no exception. It has a giant stuffed walrus sitting proudly in the centre of their main exhibition hall. 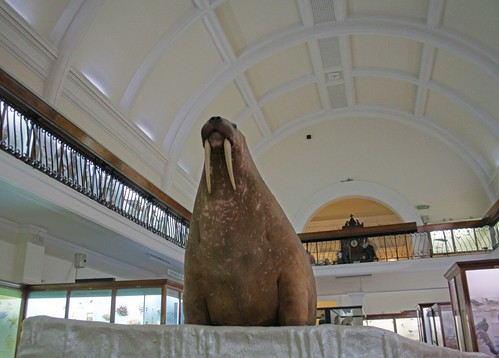 Scientifically, it’s quite a poor specimen, as the person who stuffed it hadn’t seen such a creature before so it lacks many of the details that a live animal has, such as folds in the skin. But it is held in great affection despite – or maybe because  – of its imperfections, and being such a damn big thing dominating the room.

One thing that the museum used to have prior to closure and seemed to have lost though was a smell – a very distinctive not-quite-musty smell that reminded me very much of my old ex-grammar school. I guess refurbishments and cleaning things will tend to lose that, alas.

Cleaned air aside, the main hall retains the display cases that make it such a popular museum – rows upon rows of stuffed animals, mainly birds, but mammals and even some elephant skeletons. 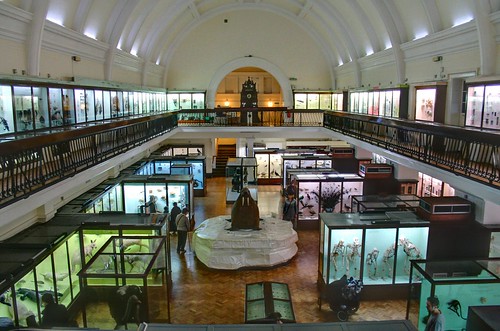 Today’s fundamentalist Christians might be dismayed by the number of displays devoted to evolution, but at the time the museum opened, evolution was strongly supported by the English Church, and these displays wouldn’t have raised even a religious eyebrow in concern.

Upstairs, running around the gallery are displays of fossils and more stuffed smaller animals for inspection. 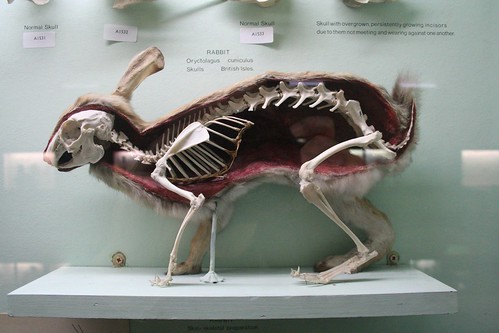 This is very much a museum of its age – lots of stuffed animals that you would never get away with today, big wooden display cases and small signs explaining what things are. The children seemed to be having a great time as well, proving that museums don’t need whiz-bang special effects to pull in the visitors.

Most of the museum is free to visit, but in the basement lies the aquariums, which cost a mere £2 to have a look at. Do pay in advance when you walk into the museum, as they don’t sell tickets down there. Not a huge watery exhibit, but worth the low price of admission, and the price sort of includes the whole museum if you look at it that way. Which I do. 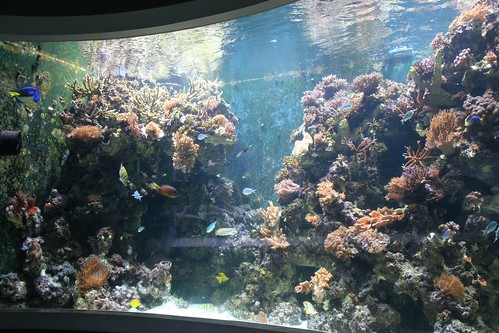 Three other rooms are devoted to Ethnography, Musical Instruments and the “Centenary Gallery” of eclectic goodies that don’t really fit anywhere else, but are very much worth viewing.

The Centenary Gallery is however a bit difficult to find, for despite the huge doors being in the main visitor hall, had I not seen people going through the doors, I would have had no idea that they concealed a gallery to look at. Don’t overlook it as I nearly did. 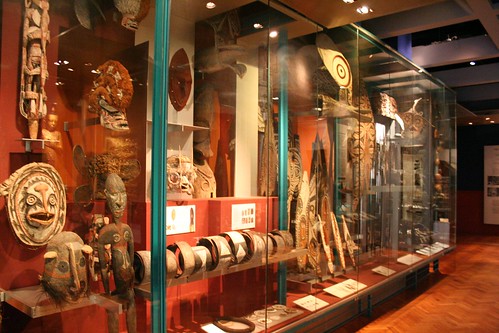 The museum also has large gardens around it, which are probably lovely in summer, but were half sealed off for winter resting. The bare trees do however let you get a wider view across much of central London which might be obscured during spring and summer.

I loved the use of an old post box for collecting donations. 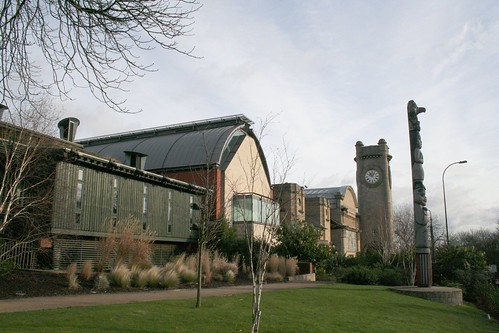 More photos in my gallery as usual.