One of the larger and most visible construction sites for Crossrail has to be the massive site on the corner of Oxford Street and TCR – in what was always a ridiculously congested space for pedestrians.

The site is split into two distinct blocks, and thanks to an offer from Lara Ruffle I was able to take a peek at one from an overlooking office block.

In Crossrail terminology, this is “TCR West OSD Sites C & D” and will form the Western Ticket Hall at the basement level, with offices/shops/flats to be built above it. 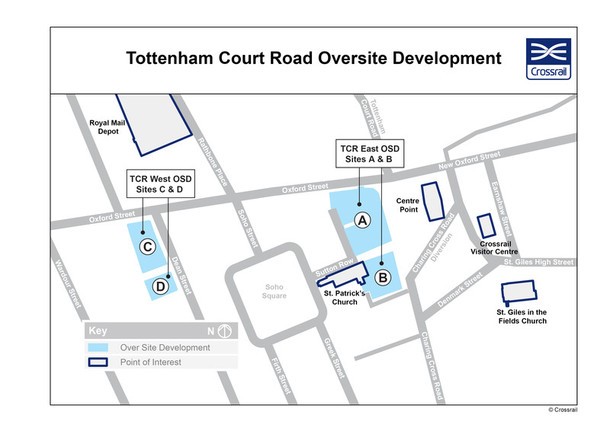 A more detailed site map is here. Two weeks ago when these photos were taken – they are still clearing the site and seemingly preparing to line the sides with piling so they can start digging down. 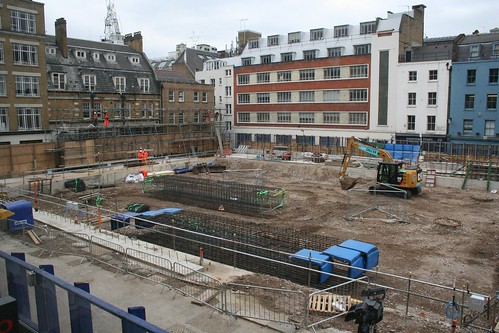 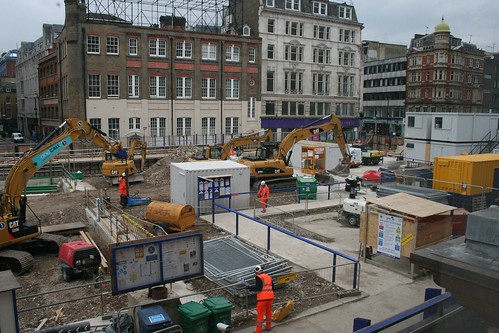 This building site will eventually be replaced with this, which to be honest, doesn’t really do a lot for me. Still, it has to fit into the rest of the street, so bland is probably preferable. 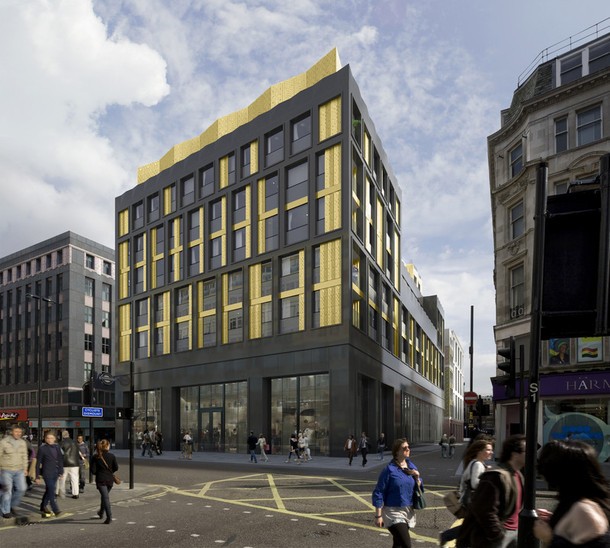 Then again, what was there before wasn’t that impressive either. Photo via Google Street View. 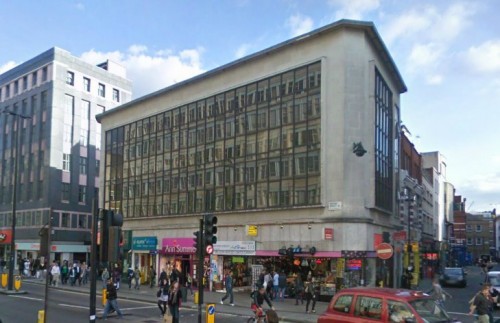 A shaft is also being dug down just to the South of the site, which my guestimates puts it above one of the future platforms. 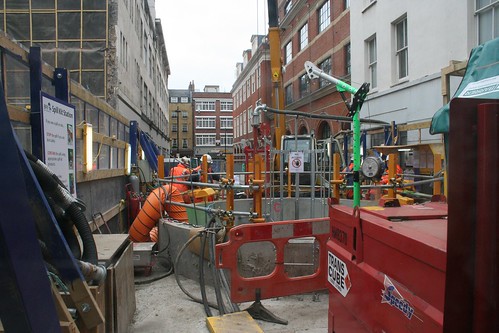 Heading over to the other site – technically known as “TCR East OSD Sites A & B”, is where the really huge works are taking place to create the main ticket hall. This is also the site that took over the main road and caused everything to divert around it.

Although people inside the Centrepoint Tower are doubtless getting a fantastic view of the building site – I was limited to peering through a wire mesh that sort of offers a viewing platform if you go up the stairs to their building entrance.

Probably not an official viewing spot – but it’s not a bad place to get a look. 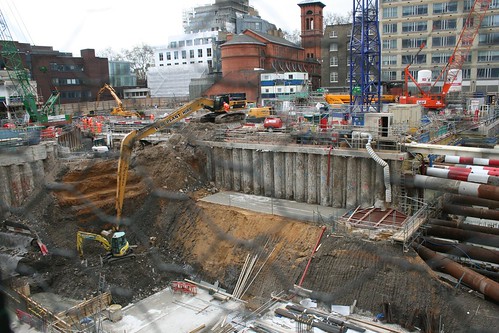 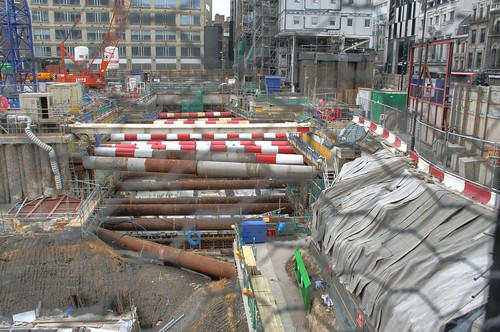 Eventually this will be covered over and at ground level, something slightly more interesting will replace the old Astoria building that many loved, although I never quite understood its appeal as a building.

While the replacements are generically OK, what I am personally delighted about is the provision of a lot more pedestrian space on the previously very narrow strip that was allocated.

I also quite like how the previously hidden church is being exposed a bit more with the old road being turned into a wider plaza. That plaza also replacing the road – which was always pain to cross as it seemed to have traffic lights designed to speed cars though than pedestrians. 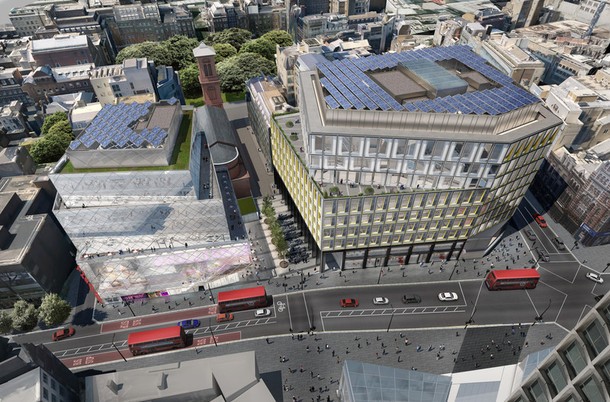 And roughly what the site looked like a few years ago – which should show how much space is being released between the two buildings. The photo was taken on one of the Open House Weekend tours of Centrepoint. 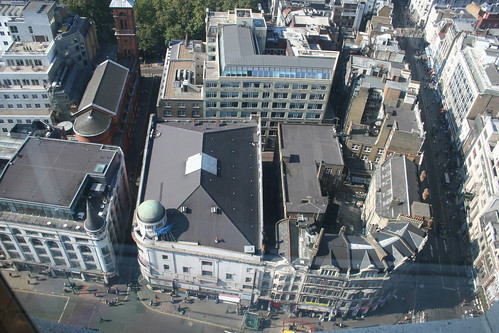 Some more photos that I took of the current building sites are here – and the Crossrail artist impressions are from a press release they issued today announcing that planning permission has been granted for the replacement buildings.