Was there a death cult in Roman London? Some sort of ritualistic sacrifices going on? Veneration of human heads decapitated from their owners? Victims of Boudica’s rampage?

Ever since the first examples were first dug up by Pitt-Rivers in the 1860s, there has been a constant uncovering of human skulls along the banks of the Walbrook River which runs submerged through the City of London. Right up to recent years, as one archaeologist recounts the time an ashen faced labourer fled a tunnel being dug and refused to go back in after he uncovered a dozen dismembered heads in the soil. 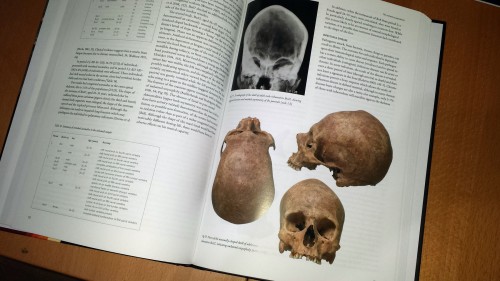 Now, a review by Museum of London Archaeology of excavations over the past 30 years has finally solved the mystery of the “Walbrook Skulls”, and the answer is almost as intriguing as the original mystery.

The recently published Monograph by MOLA, The Upper Walbrook valley cemetery of Roman London doesn’t directly deal with the skulls which were found further downriver, but proposes an intriguing solution as to their origin, and just as importantly, where did the rest of the body go? 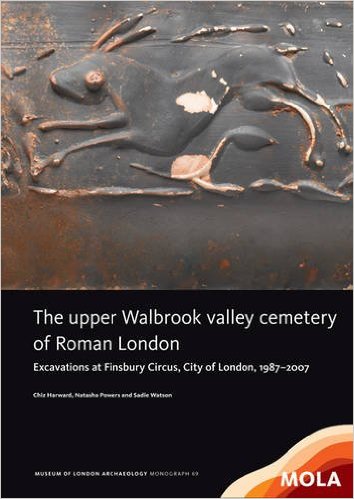 The biggest revelation is that no, there wasn’t some sort of head-cult in Roman London, these skulls were almost certainly buried intact with the rest of the body.

So, why are the heads now being dug up a mile or so from where they were buried?

For this, MOLA looked north, to just outside the old Roman City to a time before the mighty Roman Wall was constructed. To the area, today known as Finsbury Circus, but once, on the outskirts of London, and a cemetery.

Over the past few decades, a large almost contiguous row of buildings have been torn down and rebuilt, leading to opportunities for MOLA to investigate the sites.

The Monograph they have produced goes into some detail about the various layers of history, explaining each find in turn, and building up a picture of a rather curious cemetery.

The almost unique example of a human skeleton with iron shackles around the legs, at a time when such objects would have been too expensive to casually discard like this. 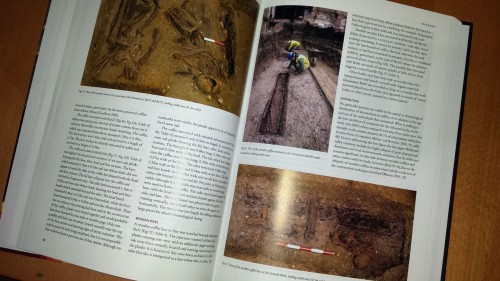 But it was the construction of the Roman Wall that was to change the cemetery, from a low lying land into a marshy landscape, possibly due to the gap in the wall for the Walbrook being too small, and the river overflowing the cemetery.

It’s thought that such overflowing resulted in the bodies often being disturbed following their burial.

Rather than abandoning the site though, the archaeologists found evidence of continued use. Possibly they speculate it might have been for poorer people, or maybe local religious reasons. Whatever the cause, the sight of half uncovered skeletons did not seem to unduly concern them.

The report notes that while this new Moor (near a gate) was fed by the Walbrook, it seemed to be intermittent, and may have dried out at times. There is also evidence of a road through the middle, and a degree of management of the site going on.

But why is this relevant to the large number of skulls in the city itself?

What the archaeologists conclude is that seems likely that the Walbrook simply washed the lighter bones down the river, passing through the city and into the Thames.

But, analysis of the skulls show that they were also not placed in-situ, but had signs of erosion as would be usual for being washed downstream.

The mysterious head cult of Roman London may have been simply the result of heavy skulls getting stuck as they washed out of the cemetery down towards the Thames.

While the solution to the mystery may seem rather mundane, the research into their origins, lead to a detailed insight into Roman London’s burial customs, and ended at a rather odd cemetery on the edges of Roman London, which turned into a marshy moor scattered with half-opened graves.

On foggy evenings, it probably looked not unlike a Hammer Horror movie set.

And that seems to be a quite suitable origin for the mystery of the Walbrook Skulls. 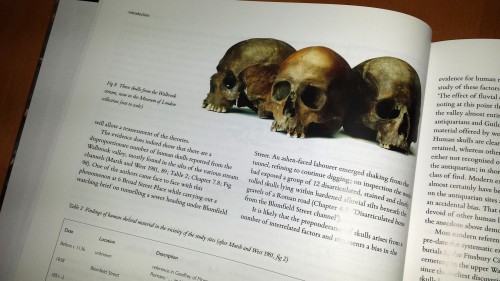 The publication, The upper Walbrook valley cemetery of Roman London by Chiz Harward, Natasha Powers and Sadie Watson is available from MOLA or Amazon

Spanning 30 years of research, for anyone interested in ancient history, or Roman London in particular, it makes for at times heavy, but very rewarding reading.