Soldiers rehearsing the Diamond Jubilee parade at 4am this morning

No matter how used a soldier is to the ceremonial aspect of their job, a rehearsal of major events is still a good idea – so early this morning, a very large swathe of Westminster was sealed off to road traffic from 2am to 7am and the soldiers took over. 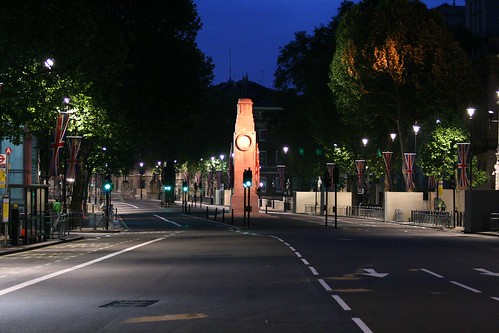 I had been advised that things would kick off at 3:30am, so arrived earlier to get into position and scout out the best spots for photography and chat to the police redirecting confused pedestrians looking for night buses.

Having also been informed by the MoD press office that the main action would be at Parliament Square, I didn’t make the mistake last time of spending 3 hours loitering around The Mall only to get a few photos at the end of the morning.

Finally, at 4am though, things started to happen with soldiers marching around from Wellington Barracks and up Whitehall. 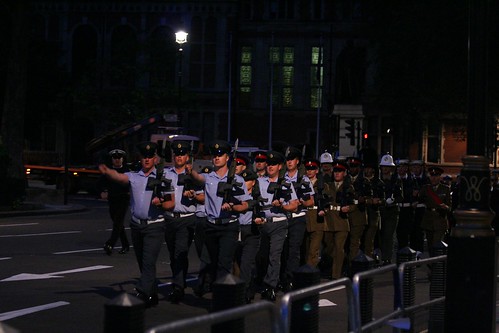 More action a few minutes later as horse and artillery rode down Whitehall and around Parliament towards Buckingham Palace and looked suitably mysterious in the darkness.

It was for photos of soldiers doing ceremonial things in the middle of the night that I had turned up early, because as the sunrise got closer and daylight penetrated the streets, the photos become a bit less otherworldly. 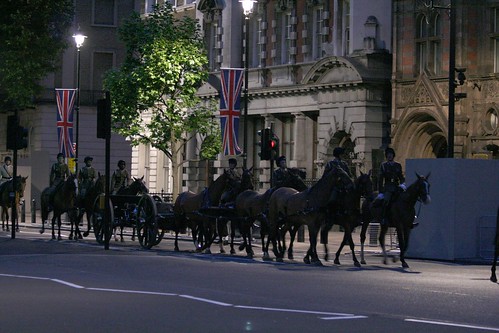 Not to say taking photos of a full costume rehearsal at 4-5am with hardly any spectators to get in the way is a bad thing. I quite enjoyed it, as did the small groups of bemused nightclubbers and overnight workers heading home who stopped and stared.

Eventually though the main groups of soldiers marched up Whitehall, saluting the Cenotaph and were staggered out along the road to form the guard. Down by Parliament the Horseguards were forming up, and while the road was now the dominion of the military, the underpass was kept open – phew! 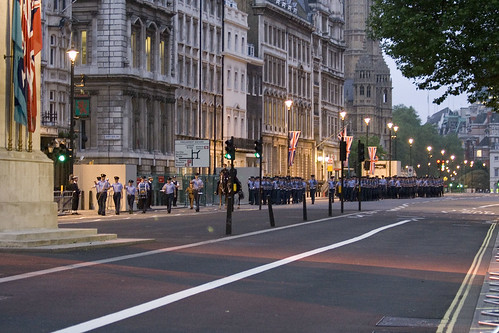 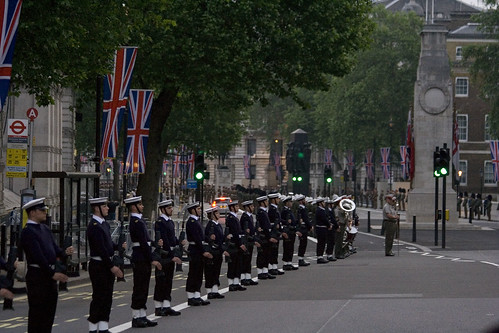 With various shouts from officers the mounted lot started to ride off, then stopped part way up Whitehall and hung around for a while. Quite a while. 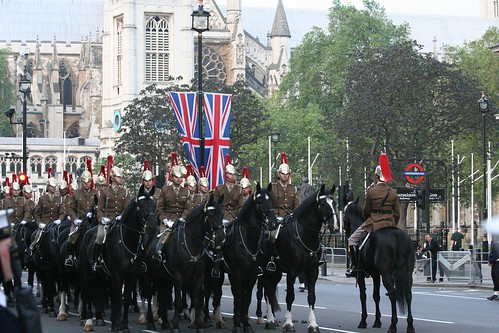 Turns out we were waiting for the coaches to leave Parliament, which in a few days will carry royal heads, but were this morning were supposedly empty but quite interestingly, had the windows boarded up so we couldn’t see inside. Not that there was anything inside them – was there? 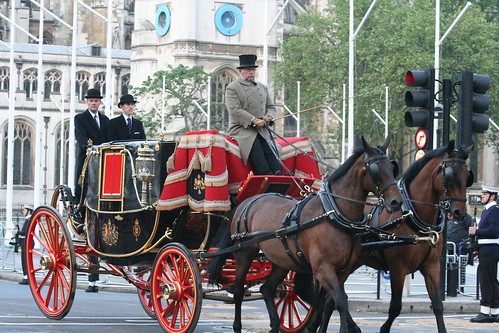 The small band played the National Anthem as the empty coaches rode past up Whitehall to take them to Buckingham Palace and the soldiers saluted the empty coaches. Well, it is a full rehearsal, so you might as well go all the way.

Following the coaches and horses came a different army, of street sweepers to clean up what horses invariably leave behind. And I headed home via the first tube train of the morning. 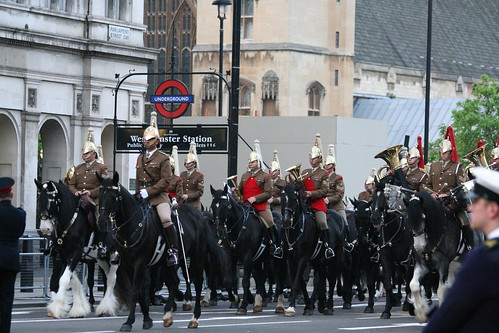 Getting up at 2am to photograph a mere rehearsal is actually quite fun, and not that unlike my Xmas Day photos, there is an unearthly silence in Westminster with all the roads blocked off – which is made even more surreal when the army arrives and officers start shouting out orders around the place.

The police are also usually in a good mood, despite the early hour as I guess it is an interesting diversion from the usual. Except the one policewoman who harangued me for taking photos, demanded my ID documents and quizzed me as to why I was there and who I worked for etc.

The rest were lovely though.

This was however my favourite photo of the morning, the soldier being watched over by Monty. 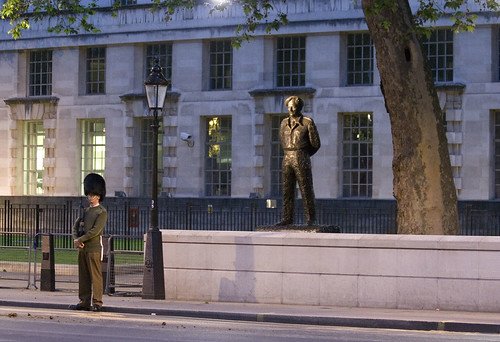 I have the RAW originals and will correct the blue tint in some of them later – after I have had some sleep!