Skyscraper made from wood for the Barbican?

A concept has been shown off which could see that bastion of concrete brutalism invaded by natural materials — in the form of a wooden skyscraper more than twice the height of the current buildings.

The 80-story, 300 metre high wooden building has been developed Cambridge University’s Department of Architecture — so at the moment, it’s an architects dream, rather than an investor’s profit margin that’s being shown off. 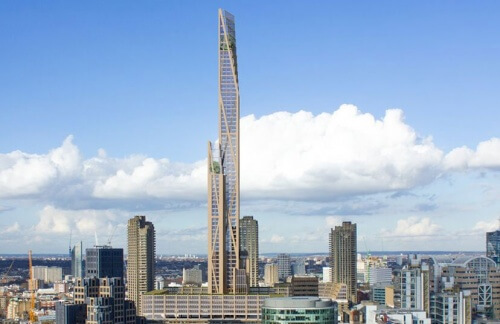 The conceptual proposals currently being developed would create over 1,000 new residential units in a 1 million sq ft mixed-use tower and mid-rise terraces in central London, integrated within the Barbican.

Dr Michael Ramage, Director of Cambridge’s Centre for Natural Material Innovation, said: “The fundamental premise is that timber and other natural materials are vastly underused and we don’t give them nearly enough credit. Nearly every historic building, from King’s College Chapel to Westminster Hall, has made extensive use of timber.”

Just as major innovations in steel, glass and concrete revolutionised buildings in the 19th and 20th centuries, creating Joseph Paxton’s Crystal Palace and the Parisian arcades described by Walter Benjamin, innovations in timber construction could be equally radical.

At present, the world’s tallest timber building is a 14-storey apartment block in Bergen, Norway.

Perhaps the most obvious concern for potential residents of homes built primarily from timber is fire risk. However, the team involved in the project said the proposed building would eventually meet existing fire regulations for steel and concrete buildings. 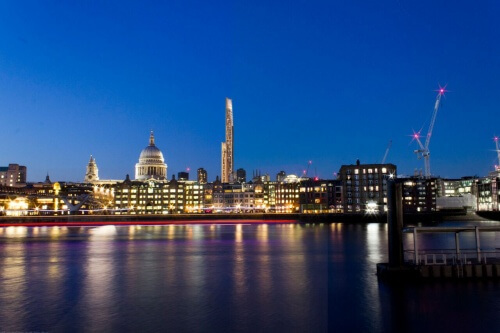 The designs for the Barbican is the first in a series of timber skyscrapers developed by Cambridge University in association with architects and structural engineers with funding from the UK’s Engineering and Physical Sciences Research Council.