Published 12 June 2016 by By Ian Mansfield Events and Tours, Museums

Dispersed among the glass jars of pickled remains and the skeletons long since eviscerated of flesh — are the new artworks for a short exhibition. 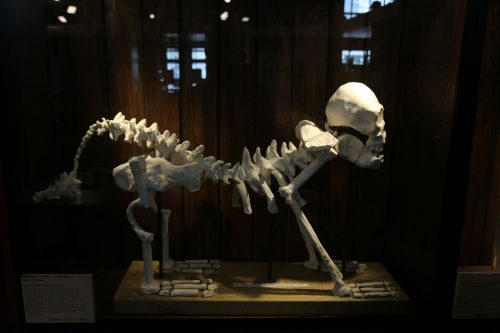 It’s very much a sort of “here is some art look at it” type of exhibition, where different people have come up with totally different lumps of art to go on display.

What brings it together is the sometimes tenuous thread linking the art to the museum, although in the case (literally) of the dead dodos it is easier to see how the museum influenced the students.

I’d put it down in the box marked “I like to visit the museum, so might as well go now”, rather than to make a dedicated journey to see the exhibition. 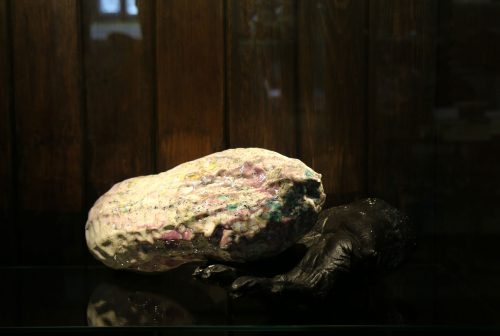 Putting art into museums does beggar the question though of how artistic are the permanent displays, and should they be displayed in a manner which is visually pleasing, or primarily academic.

I quite like the dark Mexican gallery inside the British Museum, which helps the objects stand out as works of art in of themselves, and it creates an atmosphere, totally unlike say, the Roman galleries, which are brightly lit bland rooms filled with old cabinets packed with objects.

However, some museums go too far in going for atmosphere over facts, and it can be a tension between the two sides of this troubled coin.

A good example of a display that is both informative, shows of something unusual and does so in a visually appealing manner is the Grant Museum’s own Micrarium — a box surrounded on three sides by tiny slides of often overlooked insects. Brightly lit, and with a roof mirror, it’s put the overlooked firmly in people’s minds.

The other exhibition, Skullpture is open until 6th August – Entry is free. 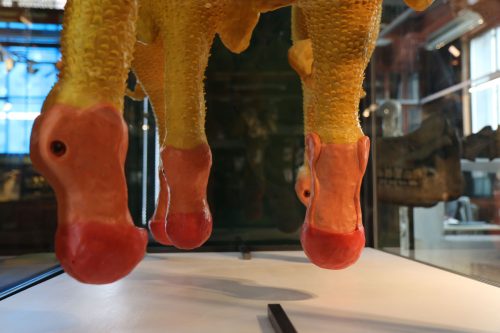