Down in Silvertown opposite the mighty Tate & Lyle sugar factories sits a rather forlorn looking building. Run down and neglected, it has the appearance of a large pub, or maybe an old music hall.

It is in fact an Institute — the Tate Institute, and was opened in 1887.

And yes, it is also a sort of pub and old music hall, as it was an entertainment venue built to provide for the workers in the factory just the other side of the railways. 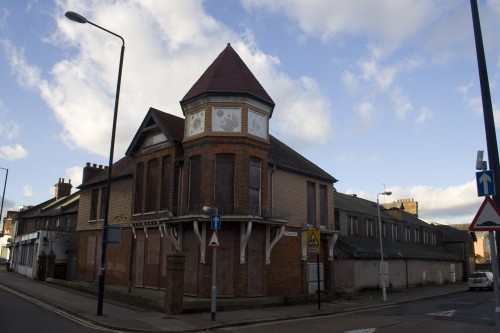 Without going into the company archives, it has been surprisingly difficult to find out much about it from the lazy comfort of an internet search.

It does pop up regularly in the newspapers of the time, as the venue put on popular musical entertainments and if someone famous was appearing, maybe a short note would appear in the press, and sometimes political meetings were held there.

Even the occasional Royal would turn up to formally open a fete or fair.

The venue also sold subsidized rum shipped in from the Jamaican sugar plantations. On Christmas Eve the tradition was for the girls to get drunk in their lunch break. 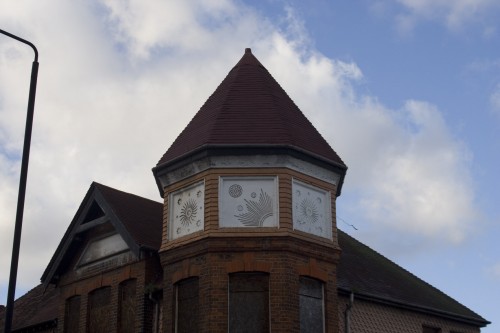 The Institute however closed in 1933 and the building sold in 1937.

The top floor later served as the Silvertown library between 1938-61, with the ground floor still used for social events. The building has been empty since 1961, occasionally employed by vanguard theatre companies but otherwise unused.

There was an attempt by the local council to have it listed in 2006, but that failed.

Curiously it was used for a public meeting on the 21st April 1999 to discuss the planned extension of the DLR to City Airport.

More recently, a new book was published which delves into the lives of The Sugar Girls who worked in the factory in the 1940s-50s, when the Institute was still open. 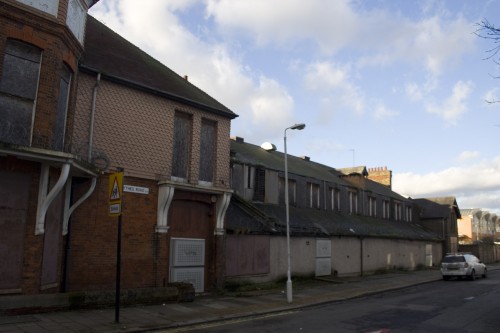 I suspect that its fate lies in the compromise that the pub-like front will be converted into a home one day, and that back hall area probably knocked down and a block of flats built on the land.

I am not too sad about the hall going, but I do hope they keep the front building as the decoration has a delightful charm and it at 130 years old, is a rare survivor in this part of London [map link].