Sex, Magic and Superheroes at the British Library

Published 3 May 2014 by Events and Tours

The comic — a form of story telling that is often presented in print form with exaggerated graphics. At once it can be religious, educational, subversive, childlike, or exceptionally adult in tone.

It is the more adult tone of the comic genre that is being explored at the British Library in their latest exhibition.

The show is a wide ranging one though, and while its core themes are aligned with how comics have appealed to an adult audience with archarchism being a strong theme throughout, it touches on the history of the comic as a genre.

The oldest comic in the exhibition is a 15th Century example of a Biblia Pauperum, or “Bibles of the poor”, and while considerably cheaper than a properly printed Bible, they were by the standards of the day, still an exceptionally expensive thing to own.

In a way, they are a printed version of stained glass windows, teaching the Bible story in picture form. A private “church” in a book for the owner to look at and study. 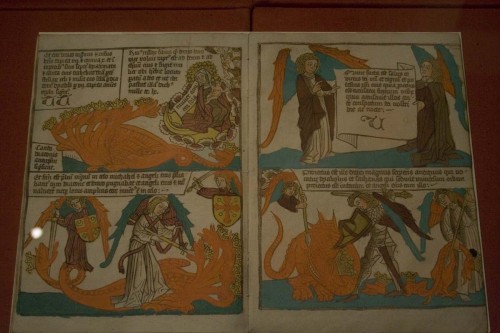 As much as the exhibition touts its anarchism, with masked V characters all over the place, it was their polar-opposite that popularised the strip cartoon. The Police News was an early graphic newspaper that gloried in what we would today probably find excessively graphic descriptions of crimes. The one on display reporting on the notorious Whitechappel Ripper case. 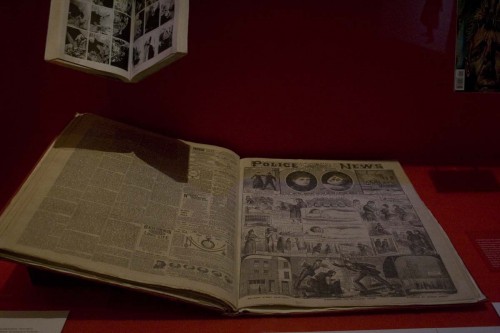 Of course as the police seek to create order, the inevitable presence of V seeks disorder. The character has almost gained a life of its own separate from the comics that created it, and the film is said to be loathed by the original creator.

The images of thousands of V masks being mass produced in China should put paid to the notion that they are symbols of rebellion, but here you can see the original script and idea that created V, before it was commercialised by Hollywood. 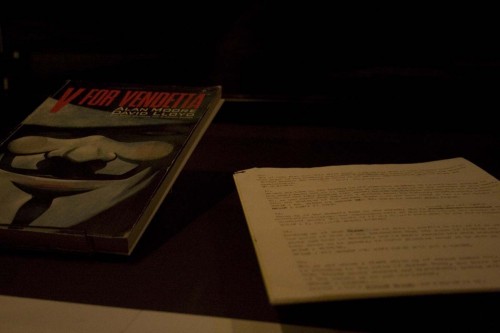 The red light zone offers exactly what you would expect, with examples of sex in comic form. However, that is not a modern notion, and comics have also been used to teach safer sex messages as well as titillate.

Going back to the Biblia Pauperum, it would have been nice to see a Bible in the sex section — a surprising number of them contain often quite graphic pornographic images drawn in the edges. Thought to be messages between wealthy married couples, the sight of copulation in the Bible still shocks many when seen for the first time. 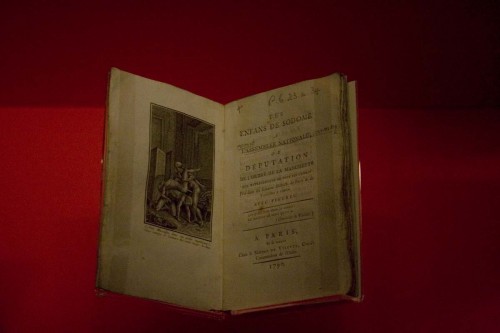 Away from magic men in the sky is the topic of magic in comics. That superhero stuff which blends genetic differences in otherwise normal humans through to outright displays of supernatural powers.

Here the exhibition has pulled out what was for me the most interesting part of the display.

Dr John Dee’s own magic book written at the time he was working for Queen Elizabeth I. Alistair Crowley’s own tarot card designs and his “homework” are on display. 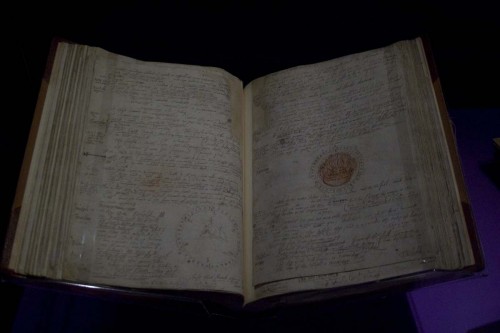 As an exhibition it weaves a tale of the history of the comic form, and some of the associated issues that drove its design. It’ll certainly appeal to the fans of adult comics, while also rewarding those interested in history.

If you want to read the Beano, then this isn’t the one for you.

Especially if you want to buy one of the own-brand beers they are now selling. 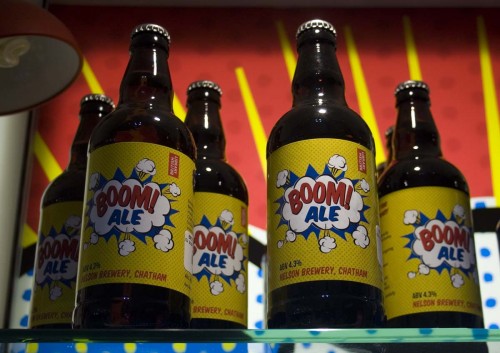 The exhibition Comics Unmasked: Art and Anarchy in the UK is open daily until the 19th August. Entry is £9.50. 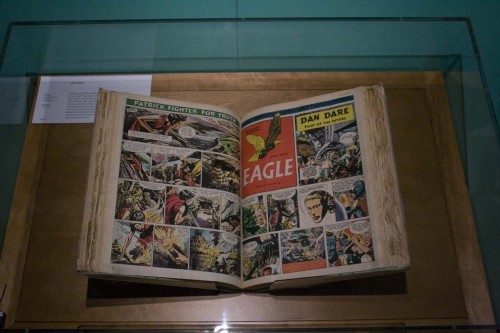 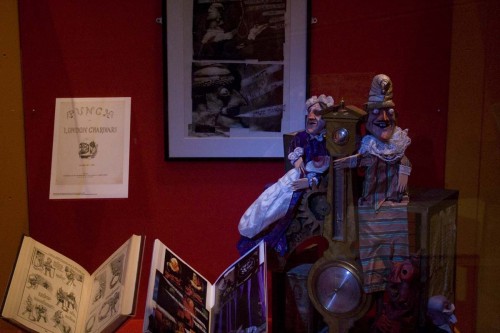 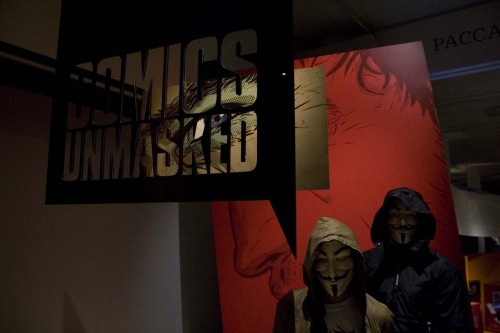