See the superheroes who built London

Joseph Bazalgette as Captain Sanitation! Thomas Telford as Colossus! Andy Mitchell as Infrastructo! They’re the superheroes who built, and are still building London.

A new exhibition had launched with a playful approach to showing off how the modern world was built, by engineers with vision. 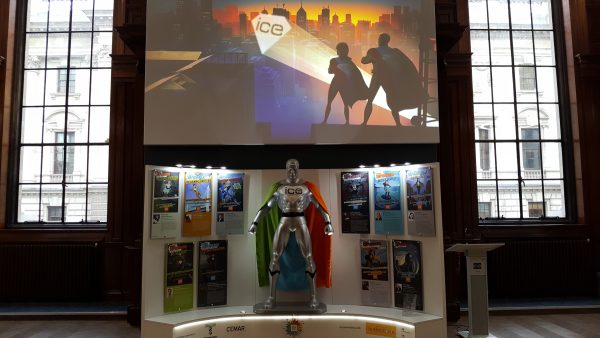 Not just famous Bazalgette and his sewers, or Isambard Kingdom Brunel with his railways, but modern superheroes who are still building systems to deliver clean water, modern railways, and modern bridges.

It’s both a look back at what was, but is a campaigning exhibition, aimed — in part — at children to show off the wonders of the modern construction industry. 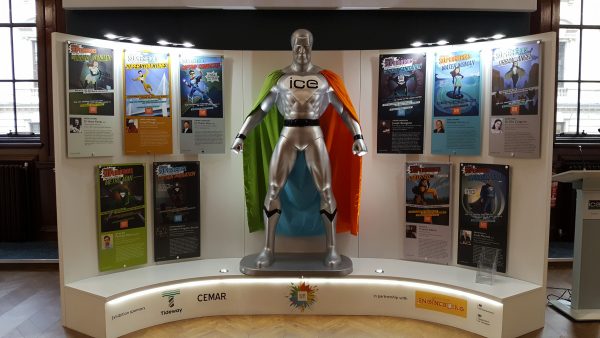 There is a serious issue persuading the next generation of potential engineers that the career is a rewarding one. Few professions other than construction offer the opportunity to leave a legacy as long lasting as engineering can, but getting the message across can be a bit of a struggle at times.

So the exhibition is a mix of conventional information boards and videos that tell the story of some of the most famous and impressive engineering feats in recent years, but also the same stories as superhero cartoons. It seeks to excite people into how mighty challenges are overcome by clever minds.

I can’t help but wonder what IBK would make of his cartoon alter ego though! 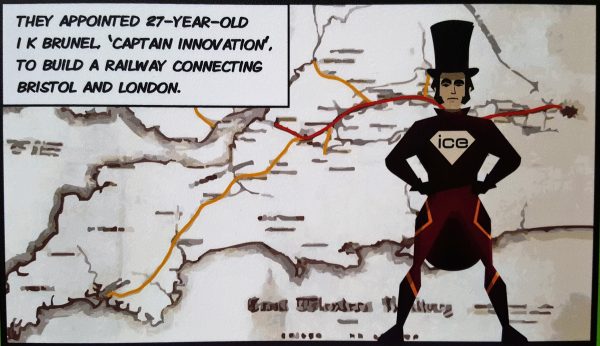 Some of the projects on display include the likes of Joseph Bazalgette’s ground-breaking sewer system, which saved thousands of lives in Victorian England by preventing the spread of cholera through unclean water. 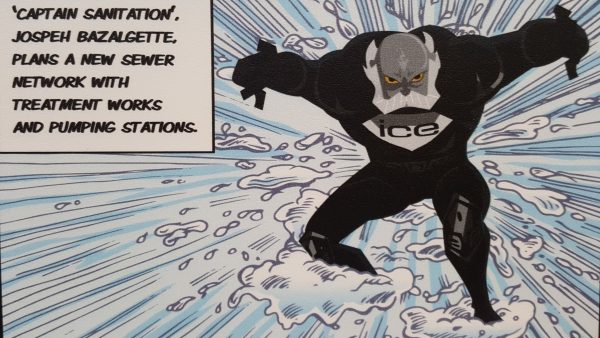 Today, 80% of illnesses in the developing world are linked to poor water and sanitation conditions and modern-day civil engineers, such as Parthajit Patra working on the Guwhati water supply project in India, are continuing the fight to improve people’s quality of life.

It’s easier to study something if there’s a goal at the end, so the displays, found in pull-out draws provide the reason for engineering the modern world — the need for clean water, or to offset the effects of climate change — the sorts of issues that resonate with a young mind and them a cause to strive for. 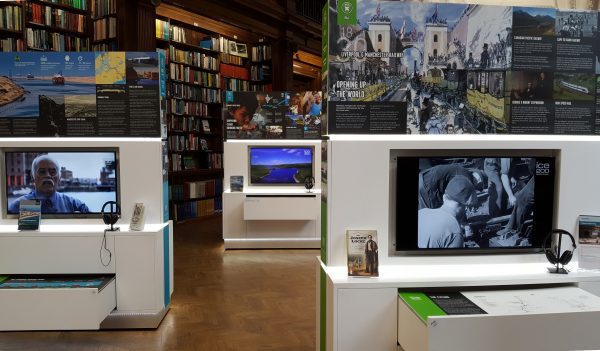 Not that the exhibition is preachy, it manages to avoid that and is instead informative for adults and children alike. It’s in fact quite a fun way of introducing the idea that people with drive and passion can become engineering superheroes, and maybe encourage the next generation to carry on the building things that’ll make the modern world of the future. 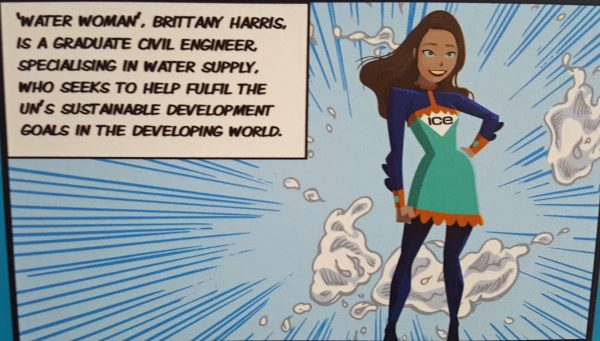 The exhibition, Invisible Superheroes at the ICE is free to visit, and open Monday to Friday, 10am to 5pm, at One Great George Street, London, SW1P 3AA. 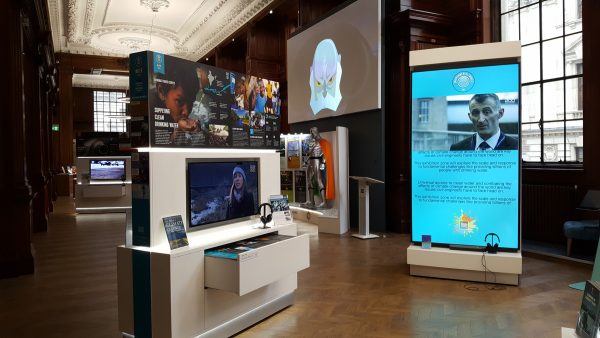