See the plans for a Battersea’s Northern line station 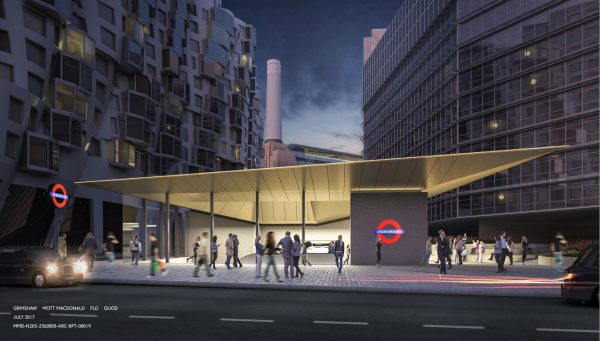 The current planning application from TfL relates to the eastern entrance on Kirtling Street of the new Battersea Power Station tube station. Outline planning permission has already been granted, but the latest proposals are asking for approval for a more detailed plan.

The Eastern Entrance and Headhouse is conceived as a single, free-standing pavilion structure, made up of two connected volumes, the public entrance sits to the South adjacent to Battersea Park Road with the subsidiary Headhouse set within the landscape to the North.

The flattened design of the entrance is basically to preserve some of the view of the old power station that can be glimpsed through the gaps in all the new residential flats that are now surrounding it.

The heavy use of glass, which we’re seeing a lot more of in new tube station entrances isn’t just cosmetic — it’s a technique known as “passive wayfinding”, where people can start to see where they want to go as they rise up the escalators. The idea being that a percentage of people will be able to leave the station space quicker and not clog up the entrance looking around to see where things are. 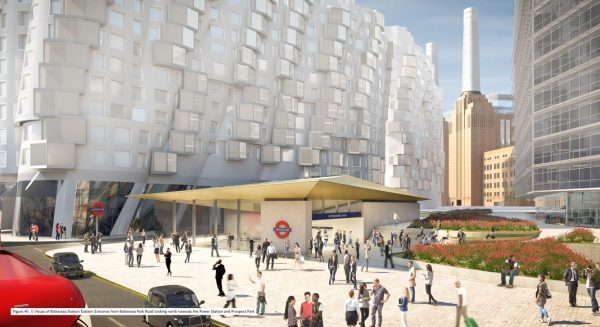 The back of the public entrance is the head-house, which houses emergency exits and some electrical plant equipment.

The name of the station is already proving a bit of a headache though. London Underground have confirmed that the new station name will be ‘Battersea Power Station’.

Which means that documents talking about the area have to refer to the tube station to as ‘Battersea Power Station (LUL)’ to avoid confusion with the Grade II* listed Power Station.

That wasn’t thought through properly.

The new tube line is expected to be running by 2020.

To see the proposals and to comment online go to the planning section on the council’s website. In the search box on the right, type in the application numbers: 2017/4269 and 2017/4274. Then wade through lots of documents. 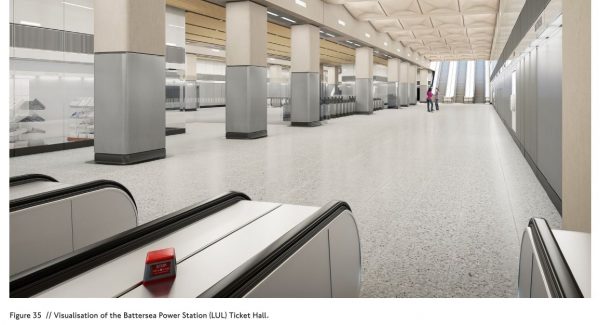 Wading through planning documents can be informative though – for example today I learned that the collapsible metal gates that are pulled across tube entrances when the station is closed are called Bostwick Gates, after the London firm that invented them.