Deep under the City of London lies its oldest deep level tube station, in use for less than a decade before it closed in 1900, it’s about to get a new lease of life.

This is King William Street station, the original terminus for the City and South London Railway. 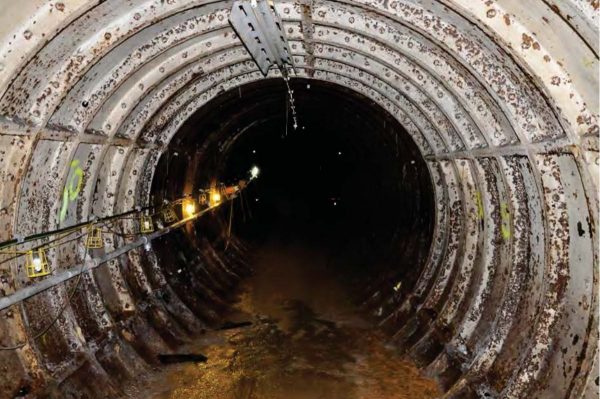 King William Street station was opened in 1890 as the northbound terminus of the City and South London Railway (C&SLR), the world’s first electric underground railway, and sits next to where Monument station is today.

The station tunnel, which is considerably wider and taller than the running tunnels, is brick lined and, although not the first to be built using the same techniques, was one of the first to be built at such depth. As such, it pioneered the design of deep stations across London, particularly in its use of lifts to access the platform level. 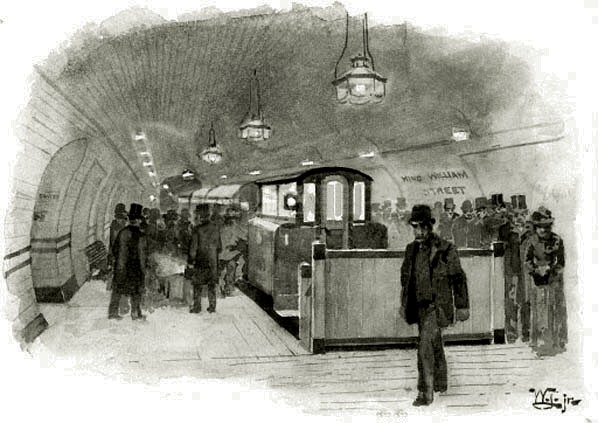 When it was being built, the railway, running down to Stockwell, was intended to have trains pulled along by cables, but late in the day, they switched to the very first electric locomotives. This caused a problem – as the approach to King William Street station was on a steep slope — too steep at times for the early electric motors to cope with.

This caused operational problems as locomotives were occasionally unable to pull fully loaded trains into the station. When this situation occurred, the locomotive from the next train would be decoupled and used to help push the previous train into the station to allow passengers to alight.

This problem was solved just ten years later when the tube line was extended to Angel, and the new tunnel bypassed the old station entirely and disconnected it from the tube tunnels.

At street level, the original station building was demolished in 1933, while at the start of World War II, the station was converted for use as an air raid shelter. After the war parts of the abandoned station were used for document storage, but eventually abandoned. 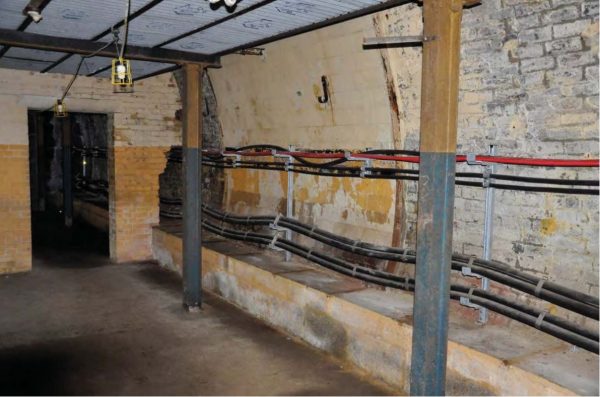 The tube station has remained down there, a lingering piece of unused heritage. Of interest, but not of use.

The disused tube station sits right underneath one of the construction sites for the Bank tube station upgrade — a £500 million project to massively improve that maze like tube station.

When working in cities, pretty much every construction site manager will complain that there’s a lack of a storage space on the building site, while the public complain about why they seem to need so much space. What better to have under your feet than an entirely empty tube station?

The Bank Station Upgrade is digging a new much larger Northern line tunnel, and a travolator to speed up connections with the Central line. In order to do that, they needed to dig a shaft down from street level to reach the level where the new tunnels would be dug out. One site nearby which was offices is the main construction site and will later become a new entrance to Bank tube station.

However, nearby is a small road that’s small enough to be closed off, but large enough to act as a secondary construction site — and it just happens to sit right over the old King William Street tube station. That’s not a coincidence, but a deliberate decision by the winning contractor, Dragados who realised the utility of the site for their construction works.

Showing the Northern line tunnels, the new tunnel, and the old tube station

Before the construction works started, a number of photos were taken of King William Street station as it is, so that its heritage could be recorded. 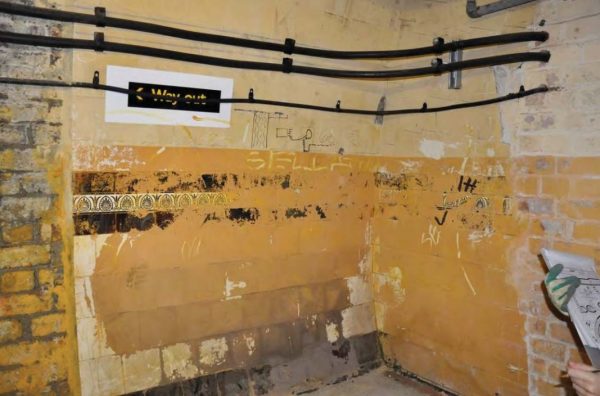 Since the photos were taken, a large shaft has been dug down, and punched through part of the old tube station. This may sound horrific to historians, but much of the previous station architecture in that location had already been removed when the tunnels were converted into air-raid shelters. 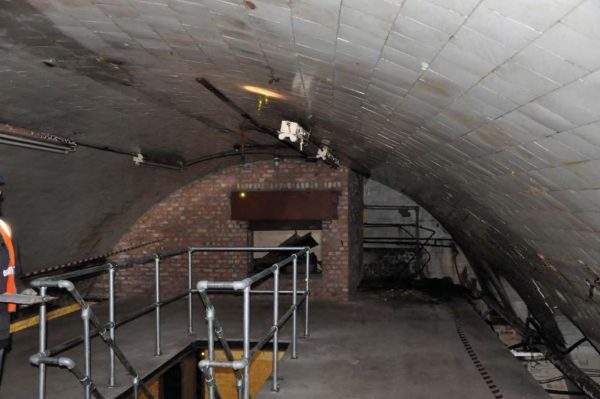 Down here, the small building site above ground suddenly gains a lot of extra storage space, which is a precious commodity in these parts of London.

To maximise usable space, the World War II mezzanine has been removed, in all areas except the three rooms near the entrance to the station as was some 1970s blockwork. 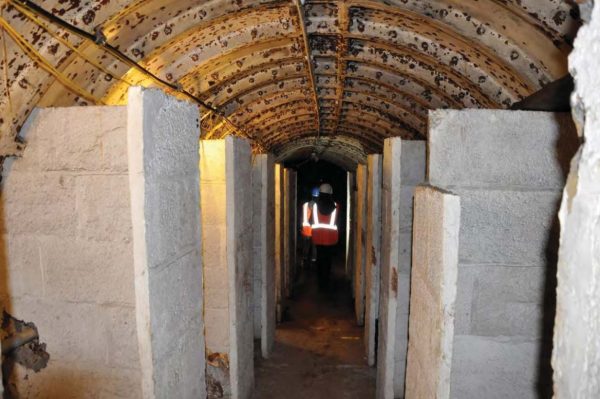 View of the WWII latrines within the southern tunnel, looking west © TfL

Today the disused station has a new lease of life, providing access to the new tunnels being dug to upgrade Bank tube station and reduce its chronic overcrowding. The shaft sees an average of 250 tons of London clay coming up it and 120 tons of concrete going down every day, so it’s been an important addition to the upgrade project. 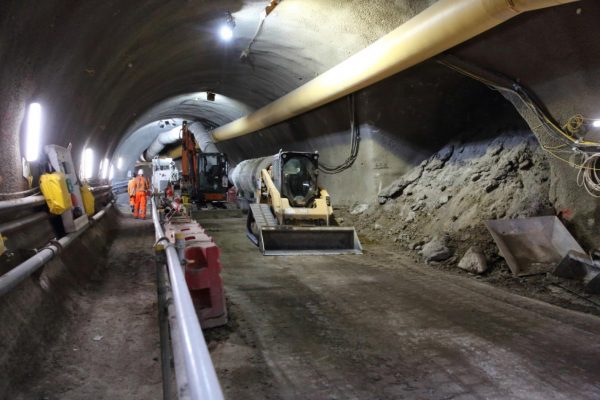 When the tunnels are finished in August 2020, the shaft will be filled back in again, some of the important heritage restored, and the old tube station can go back to sleep, having performed an unexpected vital service in the improvements of tube travel under London.