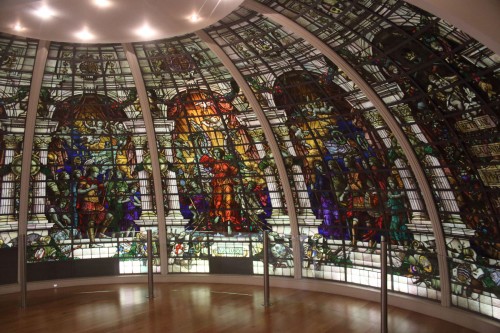 Shortly after the First World War, the artist John Dudley Forsyth was commissioned to design a series of stained glass windows for the Baltic Exchange, an ornate trading house in the City of London.

These windows formed part of a memorial to the 60 members of the Exchange who lost their lives during the war, and were a centre piece to a sunlight dome that stood in the exchange.

There they would probably still be today, if it wasn’t for the actions of the IRA, who in April 1992 detonated a van bomb right outside the building.

Of the 240 panels in the dome, only 45 remained completely intact and the windows below were extensively damaged.

Although conservators planned to restore the glass they recovered from the site, the damage to the building was too extensive, and it was eventually demolished. The Gherkin now sits on the site of the Baltic Exchange.

The glass though, was still restored, and rebuilt into the same half-dome of the original. And as the Baltic Exchange was a maritime exchange, it was deemed fitting that the restored memorial be put on display inside the Maritime Museum. 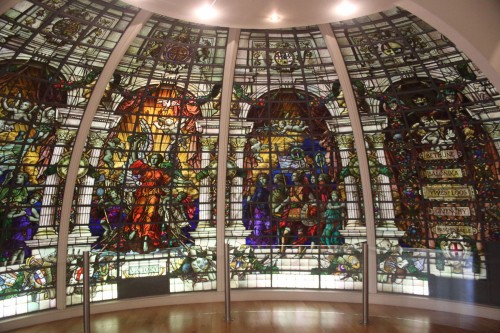 Where you can still find it — on the first floor, right at the back of the museum.

The current location does offer one advantage though. The ability to get right up close and see the marvelous detail of the stained glass in a way which would have been impossible before. 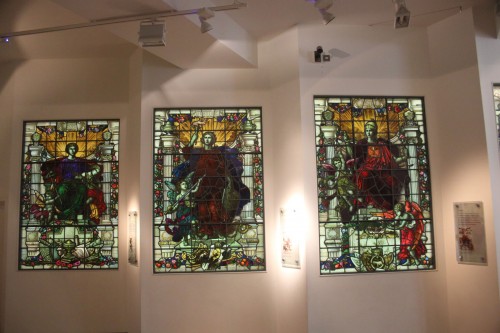