See one of the City of London’s oldest democratic documents

Underneath the Guildhall in a corner that’s easy to overlook is a small heritage gallery with a regularly changing display.

The freedom of the City of London 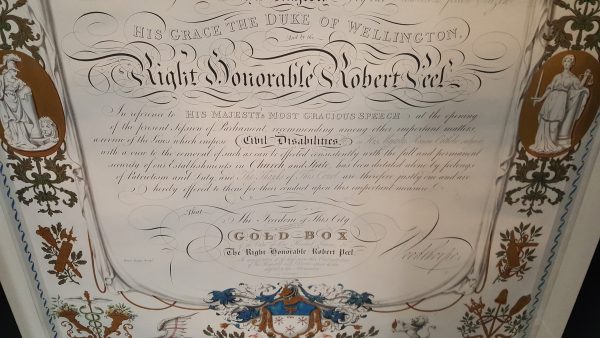 While people can earn their freedom by various means, they can also be worthy of being given an honourary Freedom if deemed merited. Although all freedoms are equal, some are slightly more equal than others, and one offered to Robert Peel is very much more equal than most.

Although the founder of the Metropolitan Police and anecdotally the “Bobbie” is named after him, the Freedom was offered for his efforts in promoting freedom. Specifically, for his work to support the 1829 law that released Catholics from being banned from being MPs.

Peel was not actually in support of the idea, but supported the law as he felt it would assuage civil unrest if the law wasn’t changed. A policeman to the very end. 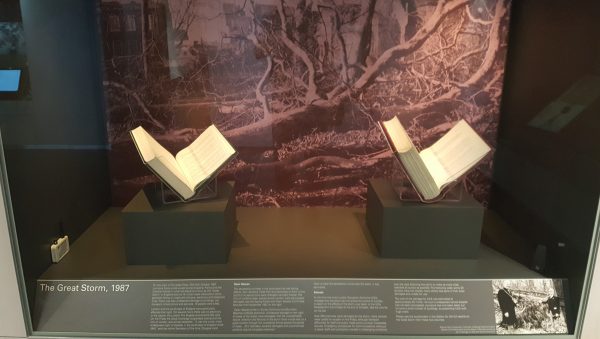 The great storm which was famously dismissed by the weathermen, and reduced Sevenoaks to Twooaks for a while is also recorded in the formal language of the City.

In an era that seems so recent, yet predates mainstream computer use, the two ledgers of damage caused to City properties is still produced by typewriters in their distinctive font.

It might seem odd for the ledger to be so large, for the City is quite small, but they also manage large amounts of woodland outside the City, in many locations but most notably Epping Forest and Burnham Beeches.

The ledger shows that around three-quarters of the trees in Burnham Beeches were damaged by the storm and would need work to make them safe. 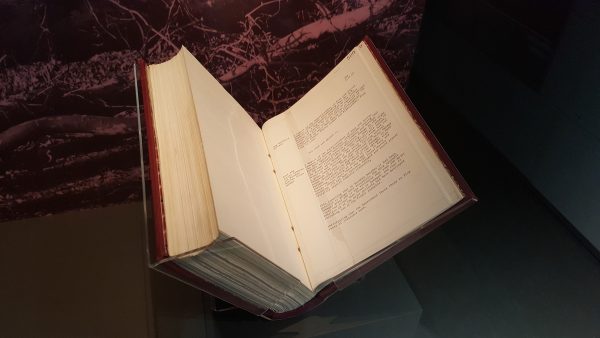 A less commented side-effect is that thanks to the storm, the Stock Market was closed on the Friday, and was unable to respond to the stock market crash building in the USA and Far East, and when the London market opened after the weekend, we had Black Monday.

Election of the Sheriffs 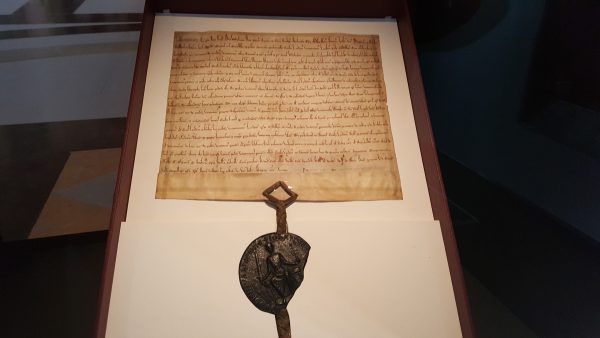 Each year, two Sheriffs are elected, to support the Lord Mayor, but their office predates even the ancient office of Lord Mayor.

The sheriffs can be dated to around the 7th century, when they were “shire reeve” and worked for the King. In 1132, Henry I granted the City the privilege of electing its own sheriffs instead of having them imposed upon them.

What’s on display is the Shrievalty Charter, which dates from 1199 when King John confirmed the City’s unique powers of democracy. 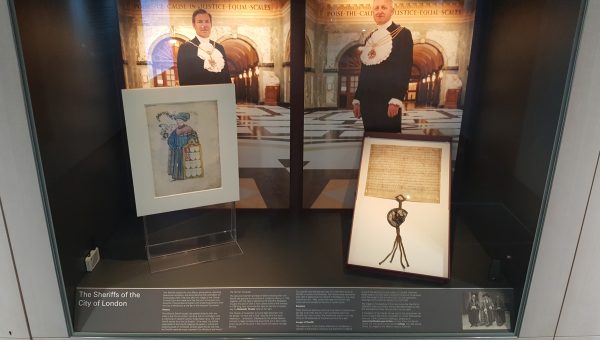 The Heritage Gallery is open daily and is free to visit – just follow the signs to the toilets to find it.