There will also be a Q&A session with cast members afterwards.

It should be a double geek-fest as it’s not just Doctor Who, but Doctor Who in the London Underground. 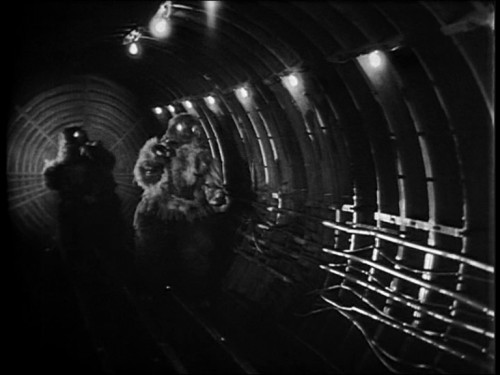 The screening itself takes place next weekend — on Saturday 22nd Feb from 11:15am.

Tickets cost £14, and go on sale on Friday morning at 9am at the Prince Charles Cinema website (direct link to tickets).

Considering the size of televisions that the show was designed for, it might be a disconcerting experience to see them on a big screen though.

Of course, you could also then visit the Dr Who museum in East London afterwards.

Nine of the episodes from these classic stories were missing and feared lost forever before they were returned to the BBC by television archive expert Philip Morris in 2013, after he located them in Nigeria.

It was a bit of a media storm when that happened, and they are due to be released on DVD later this month — although you can pre-order copies.