As part of the museum’s late evening, there will be a tour of the Museum taking in the Picture Room and colonnade of the Museum, topped and tailed by drinks and talks in the Drawing Rooms and Library Dining Room.

In addition, a rare original print of Hogarth’s Gin Lane engraving will be on display. A partner to the less well know Beer Street, the engraving was part of the artist’s own campaigning in favour of a law curtailing the consumption of gin in London. 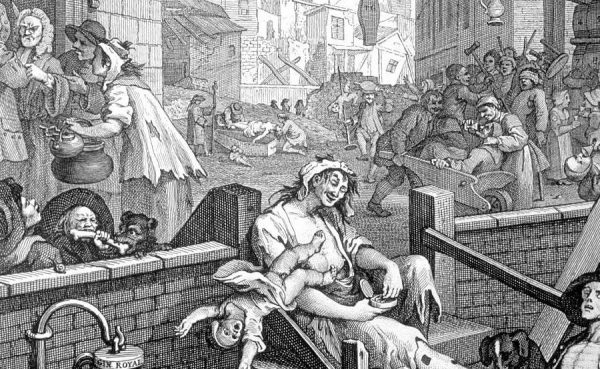 At the time, London was awash with the spirit, and by the 1730s, consumption in London had risen to the equivalent of 2 pints per week per Londoner.

One of the ways of evading an act passed in 1736 to try and cut down sales was the cat’s paw.

An illicit gin distiller, Captain Dudley Bradstreet found a loophole in the law, and “purchased in Moorfields the Sign [sic] of a Cat, and had it nailed to a Street Window; I then caused a Leaden Pipe, the small End out about an Inch, to be placed under the Paw of the Cat; the End that was within had a Funnel to it”

Patrons would come to the gin shop and ask if the cat had any gin, if it mewed, they put money in the mouth, and a cup under the paw, which then dispensed the gin.

The famous sign of the cat and it’s gin dispensing paw became a staple of London until the Gin Act of 1751 severely restricted the sale of ingredients used in making gin, and killed off the small gin shops, which at the time could be found on almost every street.

A modern gin distiller, the City of London Distillery, near Fleet Street has a cat’s paw in its doorway. 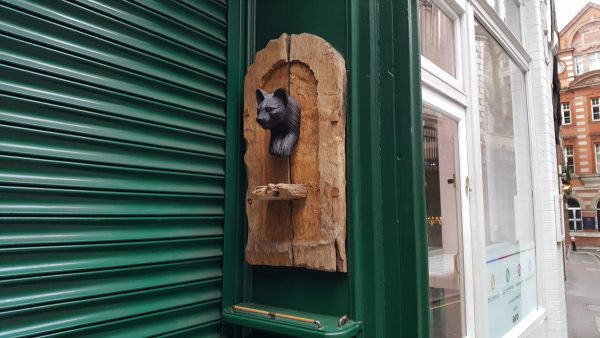 Hogarth promoted the Gin Act, and suggested beer as a more suitable alternative to gin in his two engravings. Quite what he would make of people peering at his engraving while sipping on a gin, is something to ponder while doing so.

Tickets cost £35 and can be booked here.