See a compendium of craftsmanship in central London

Published 4 February 2017 by By Ian Mansfield Art, Events and Tours

Behind a closed door in an anonymous house on a posh garden square lies a prodigious display of modern craftsmanship.

The building is the headquarters of the Georgian Group, and in this their 80th anniversary, they have turned their home into a gallery that aims to show off the skills of craftsmen (and craftswomen) working today, but using traditional techniques.

Many craftsmen work on heritage restoration projects, but many are artists working on modern commissions as well, also here the display focuses more on classic designs.

Entry is via the basement entrance, with its somewhat stiff door, but only because the main hallway has been packed full of statues.

It’s the sort of display that would fill a grand house, or museum, but everything you see was created in the past couple of decades, and brought here to fill a corridor with stone and plaster delights. 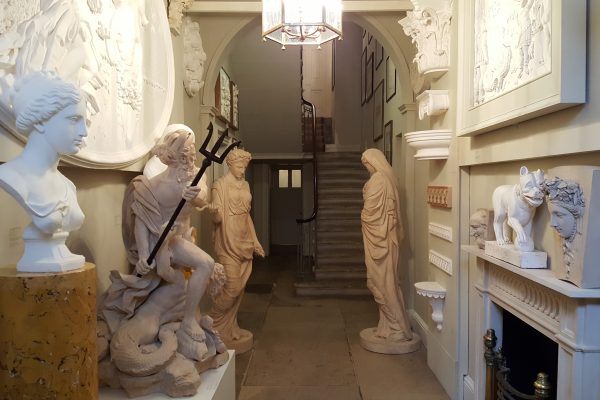 The stairs are lined with architects drawings that would not look out of place in one of Robert Adam’s design books. Which is apt, as the building you’re standing in, and the square outside were developed in the late 18th century by Robert Adam. 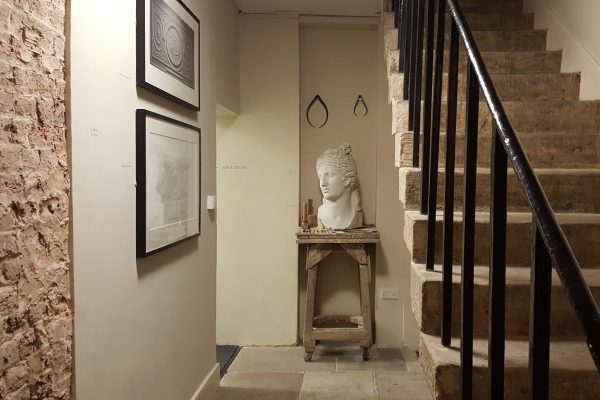 A cabinet contains plasterwork from the Adelphi, the destruction of which triggered the creation of the Georgian Group in the first place, but everything else dates from after that architectural crime. 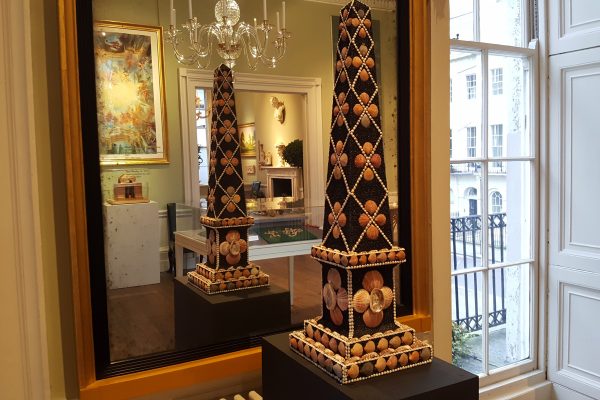 A chandelier made from sea shells is of singular taste, but the strips of handmade wallpaper are a delight. Many of the items are demonstration pieces, but some are commissions that will soon grace large houses across the country. 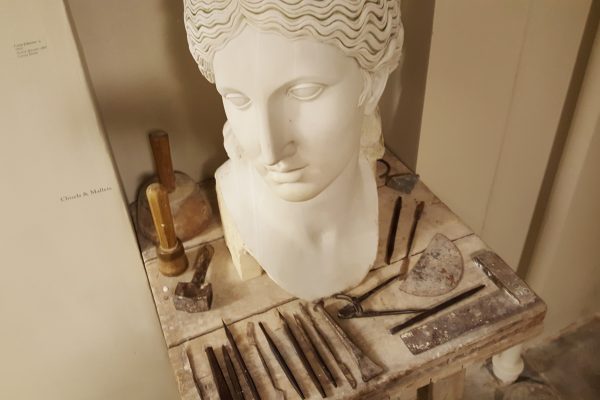 The exhibition is free to visit, and runs to the 25th February. 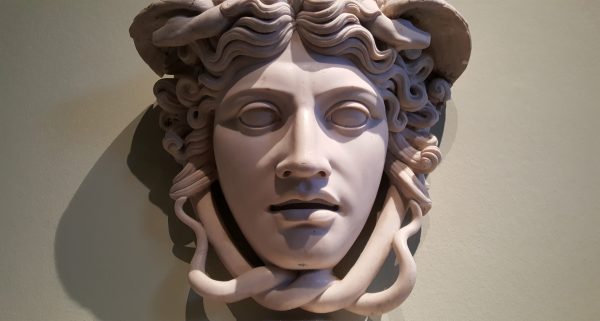 NEWSLETTER
Tagged with: the georgian group