As an example of how TfL uses data analysis to plan future tube station upgrades, a 3D scale model of Bond Street tube station has been loaned to the Science Museum.

In of itself, it’s just a model in a display about a much wider topic, but it’ll delight most tube geeks to see it.

More interestingly, to some, will be the rest of exhibition which looks at how the collection of information is being used to define the world around us.

TfL has a vast amount of data about how people move, thanks to the Oyster card system, and is able to use that to profile people movements across the network.

Computers now suck up so much information that turning the flood into a manageable tide has itself become a new industry.

At Bond Street station for example, they have been able to use passenger flow data to model how the new Elizabeth line platforms will affect the rest of the station when they open next December. 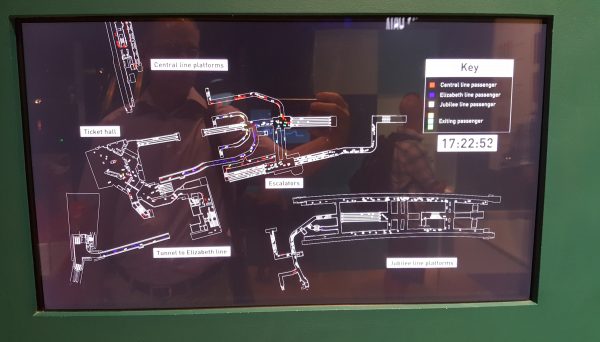 A video shows the projected impact of passengers arriving on each platform and where there might be congestion issues if all the trains arrived at the same moment in time.

It’s not widely appreciated, but part of the reason why some stations have long corridors isn’t just a legacy of old constructions, but to act as capacity sponges, absorbing people off the platforms, where crowding can be dangerous before they can go up the escalators.

But back to the data, there are charts showing how holidays can affect passenger flows at some stations. 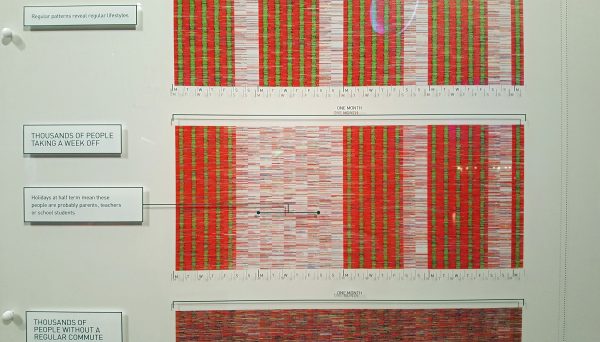 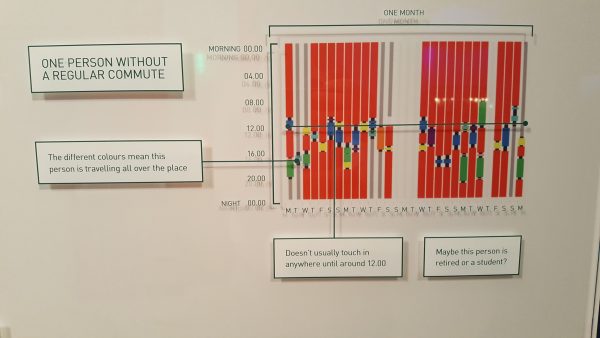 And another video tracking the impact of large events at some stations. 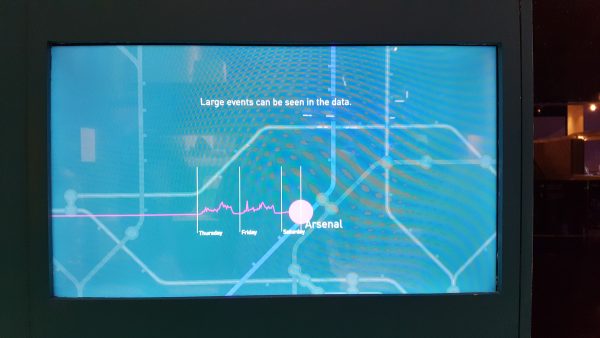 A dismantled Oyster card and reader shows the electronics that track our movements at work. 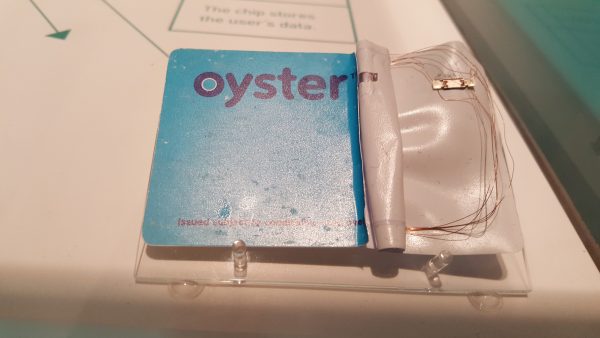 Of course, there’s the issue of privacy. But in a way, all that’s happening is that more information is being collected more efficiently. Information has always been collected, it’s just now that the collection is faster and cheaper.

People with clipboards are inefficient, but do have the advantage of being visible, and with a very British glare, tend to be avoidable. It’s somewhat harder to avoid computers sucking information about movements from the digital miasma that we leave in our wake as we move around the city.

The exhibition, Our Lives in Data is open at the Science Museum until 24th September. It’s free, and can be found at the back near the IMAX cinema. 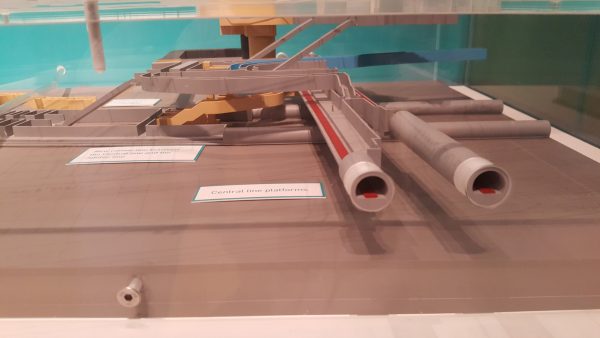 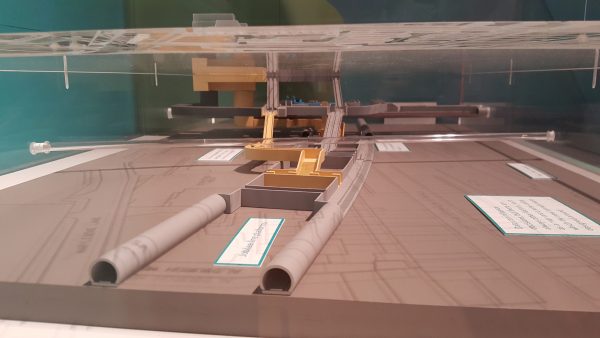