Update – the hovercraft has been saved!

The museum has worked with the Homes & Communities Agency to land an initial three-year lease (at peppercorn rent) with the intention of the HCA to hand the craft over completely to the Trust at the end of the 3 years.

The news is here

Two models survive, the Princess Margaret and Princess Anne — and one is likely to be sold for scrap, but there is a chance to save the last remaining model. 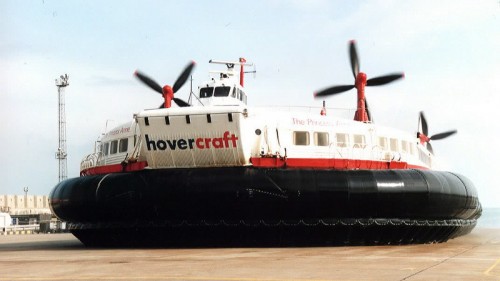 Both hovercraft are based at the Hovercraft Museum down in Lee-on-the-Solent. The museum has been closed for several years, but recently (with little fanfare) reopened to the public.

Although they are being stored at the museum, it turns out that the SRN4’s are not owned by the Hovercraft Museum Trust and there has been a protracted legal battle between the craft and site owners which these gentle giants have found themselves caught in the middle of. This came to a sudden resolution this week and the museum says that hovercraft now face destruction and removal unless a last-minute reprieve is granted by the site owner.

The museum has acted quickly and submitted a proposal to the site owner to save the Princess Anne which is in the most favourable location and in better condition than the Princess Margaret, which they have reluctantly accepted is likely to be broken up and sold for scrap.

Sadly, the one to be broken up — the Princess Margaret — is the one that appeared in the James Bond film “Diamonds Are Forever” in 1971.

A petition has been set up to raise awareness of the risk to this last seafaring giant – which you can sign here.