One of the most controversial and celebrated plays of the last thirty years makes its return to the West End.

Oleanna, a 1992 two-character play by David Mamet, is about the power struggle between a university professor and one of his female students, who accuses him of sexual harassment and, by doing so, spoils his chances of being accorded tenure.

The show last had a London production in 2004.

For its 2021 revival, it’s being performed at the London Art’s Theatre, just around the corner from Leicester Square tube station, and runs until 23rd October.

The current production is directed by Lucy Bailey, who is well known for Baby Doll at the National Theatre and Agatha Christie’s Witness for the Prosecution at London County Hall.

There is a special offer on tickets, with seats that normally cost between £56 to £75 are all being offered for £30. 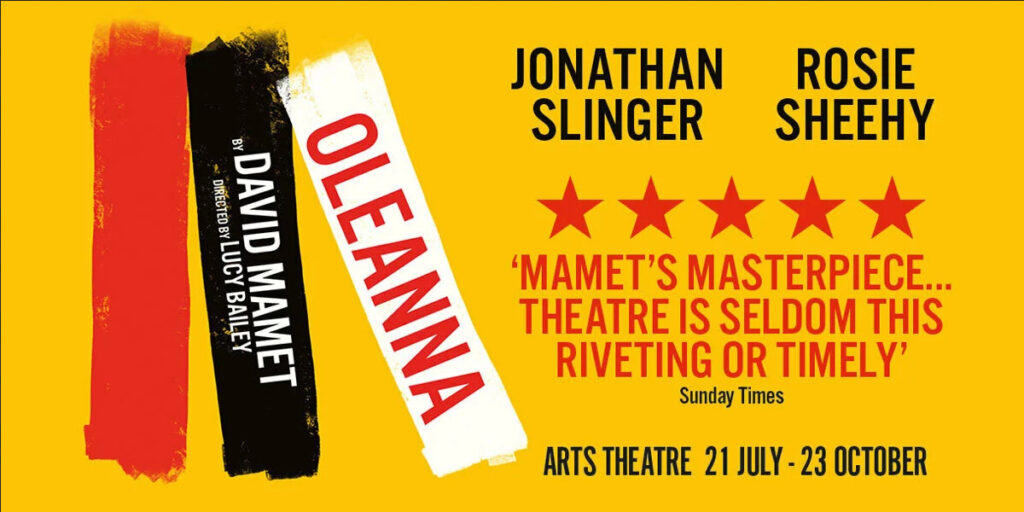