Roman Skulls go on display in the Museum of London

Roman London’s amphitheater was a place where men and women crossed its threshold to embrace death or duty. But who were these people?

A small display in the entrance to the Museum of London has put the remains of five of these people on display. 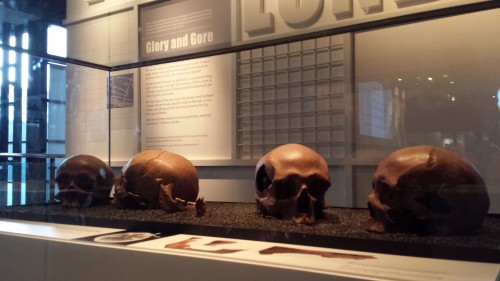 Four skulls, and a jaw bone, with the marks of dog teeth on the rear, are the remains of 34 men known to have died in London’s amphitheater between AD120 and AD160.

That actually translates into just one death per year, as the Hollywood image of many deaths of gladiators in the ring is grossly exaggerated. One the rare occasions that gladiators fought in London, its thought that as many as 7,000 people would have come to watch the spectacle.

The five men whose remains are now on display had their heads cut off and put in a shallow pit on the edge of the City, possibly signifying a low outside rank. It was there that a dog chewed on the jaw of one of the unfortunate ex-gladiators. 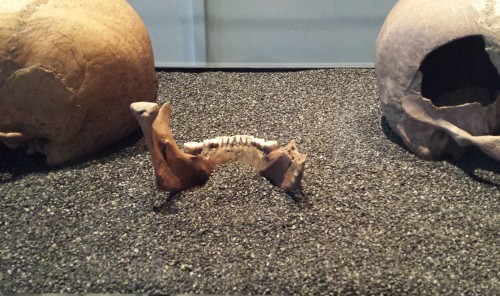 The display also includes a stone plaque, thought to have been part of a roman building in Southwark which may have been the Roman headquarters following the closure of the fort on the other side of the river.

There are also gladiator related pottery and amulets in other cases.

The display will be there until the end of October. 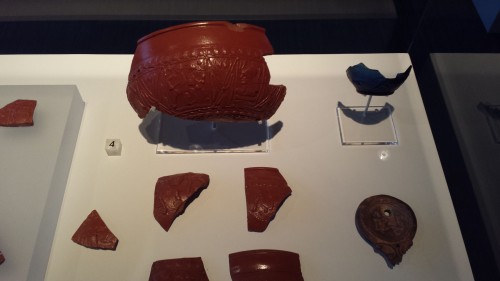