The Mithraeum Museum is being built under the new Bloomberg Building next to Mansion House and will see the Temple of Mithras being returned to its original location after it was moved during post war rebuilding.

The new museum will show off a range of Roman finds, as well as the restored Temple itself, and a festival of Roman London will herald its opening.

As with many themed festivals, many are things that would have happened anyway — such as walking tours and the like, but here are some of the more interesting highlights.

In the atmospheric surrounds of London’s Roman Amphitheatre, come face-to-face with a Roman skull uncovered during excavations in the Walbrook Stream.

An evening of Roman themed films projected onto an inflatable cinema screen in the open air Guildhall yard.

Explore a pop-up exhibition curated by top archaeologists and handle objects used in the reconstruction of the Temple of Mithras. Learn about how the 14,000 archaeological finds were processed during excavations on the site of Bloomberg’s new European Headquarters, and gain an insight into one of London’s most important new heritage sites. 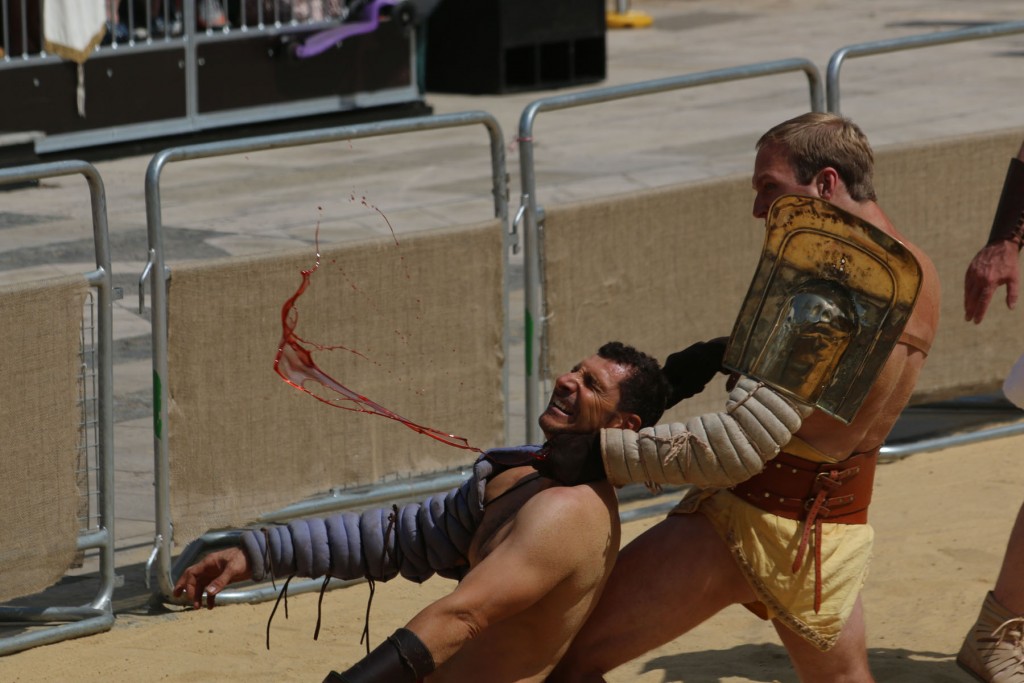 A recreation of the ancient gladiatorial games, staged right on top of the original Roman amphitheater that sits underneath the large courtyard outside the Guildhall.

The Forum of Rome

David Roberts’ painting The Forum, Rome forms the centrepiece of a new display in Guildhall Art Gallery which explores why the forum was so important in the Roman world, how it would have looked, and what exactly happened there.

Trowels at Dawn: Protecting the Past in Post-war London

Join archaeologists Peter Marsden and Max Hebditch for a discussion on what it was what like to excavate in the post-war period and how iconic sites such as Billingsgate Roman House were discovered and preserved.

Join Roman London expert Simon Elliott to hear about the early history of Roman London. Learn how it was founded, its destruction during the Boudiccan Revolt and subsequent recovery, and how it matured to become a key commercial and administrative centre.

The Lost City of London

View rarely seen excavation photographs and discover the sites that were uncovered during the post-ware rebuilding of London, including the Temple of Mithras and the remains of the Roman fort and City wall.

Geoffrey of Monmouth’s History of the Kings of Britain outlined a fraudulent ‘British History’, accepted as genuine for over 400 years. There was no place in it for the Roman conquest of Britain. London was never Londinium, but instead ‘New Troy’, founded by Trojan exile Brutus and ruled by independent British kings. Join John Clark to hear how medieval Londoners and London’s historians responded to Geoffrey’s version of history.

Seems to be a sort of VR headset event, which lets people see the Leadenhall Market as it would have been in Roman times.

Watch a 3D-video projection onto the front of the medieval Guildhall building with music composed by the Guildhall School of Music & Drama.

The video will run for 20 minutes, and be repeated thoughout the evening.

A review from a similar sort of event in 2016