A mere 35 minutes from central London can be found a large, if ruined castle, and next to it a vibrant, if modest-sized Cathedral. This is Rochester in Kent, and a very historic town.

I was in town as a suitable junction for wanderings elsewhere, so a chance to visit two stony edifices.

The castle keep dominates the area, and has just marked the 800th anniversary of a siege by King John following the signing of the original Magna Carta, which the King has then decided to ignore.

Notable during the siege was how the King’s forces took down the corner of the keep — they dug a tunnel and set fire to the fat of 40 pigs, the heat of which collapsed the soil, and part of the tower.

The tower changed hands a number of times after that fatty demise but last saw combat during the peasant’s revolt in 1381. Although in use up to the 16th century, it was later left to ruin. The grounds were opened in the 1870s, and following repairs, so was the Keep itself. 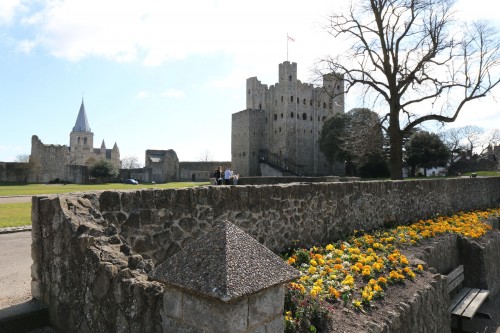 Although the grounds are free to visit, the Keep is looked after by English Heritage, and a set of long metal steps up to the original entrance, takes visitors to the usual English Heritage gift shop and ticket office.

There is an audio guide, or there are a series of family-friendly signs dotted around the castle remains. 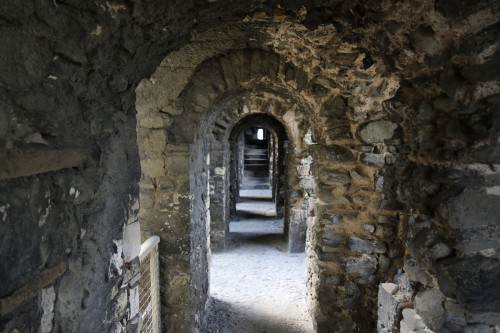 Apart from a few locations where wooden floors had been installed, this is a simple unaffected stone castle, with plenty of delightful spiral staircases and flooring just uneven enough to leave a person wary at places. The railings overlooking the deep space within a just a tiny bit too low for comfort.

All in, it makes the place feel more worrying than it actually is — and gives an agreeable level of tension to the ascent to the top. 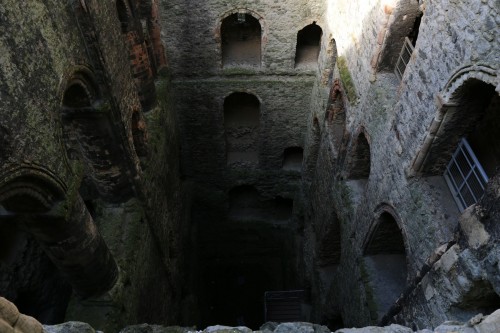 The flooring that used to support the great hall has long gone, as has the ceiling, which is now open to the skies. A net along the top is to keep pigeons out, although I don’t think anyone had told the pigeons. 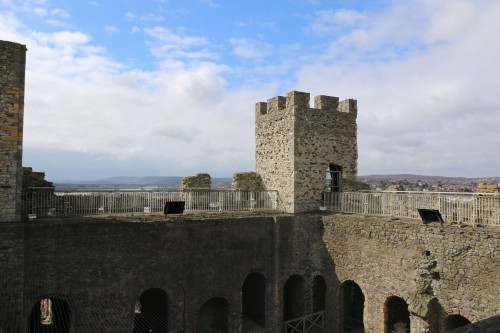 Of course, what people come to the top for is the view, which in times of old would have been to look for invaders, and today, to watch the trains or the distant roads.

It is however, a place to get one of the best views of the neighbour — the Cathedral. 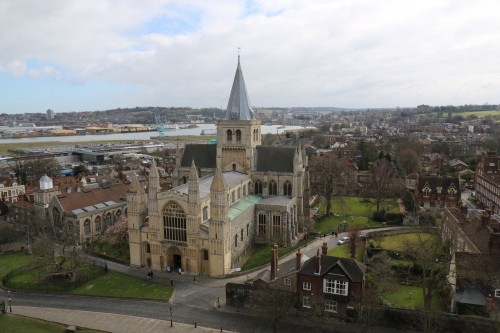 Visiting a town on a Sunday can leave a person with a bit of a problem if one of the venues you want to use is religious in nature.

As such, I was left with rather less time than I had unthinkingly expected, and once I spotted the occasional person going in, I followed, and walked into what looked like the very last moments of the service.

No, they were having a separate event to celebrate the restoration of the organ, and raise more money, so the Cathedral was open to visitors. Although, wandering around a building filled with more parishioners than tourists, while holding a camera is a bit of an awkward situation. 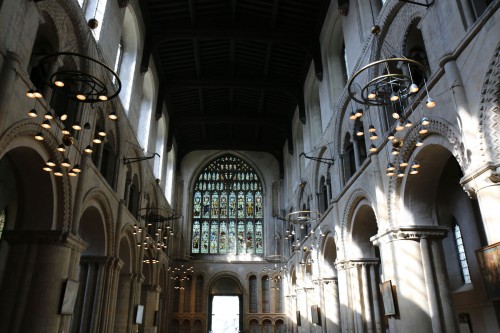 There has been a church of some sort on this site since the year 604, and in parts, the antiquity of the current building is evident — such as the stone pilgrims steps which had worn away to such a degree that wooden steps have had to go on top of them. 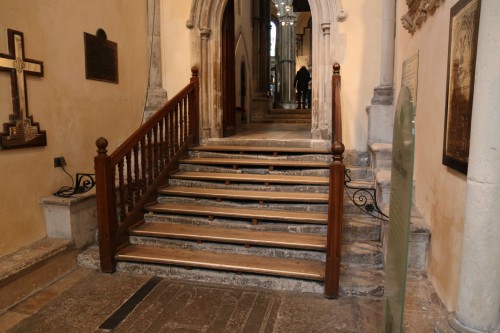 In fact, this is the second oldest Cathedral in the country, and hidden from normal view, is the oldest surviving door in the country. 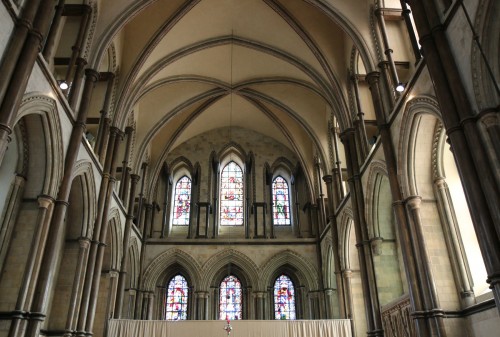 The size of the Cathedral would have overwhelmed people when it was constructed, but today, there are churches that are larger. However, the welcome was warm, the stained glass amazing, the organ looked ornate, and it cost nothing to visit. In sum, perfect. 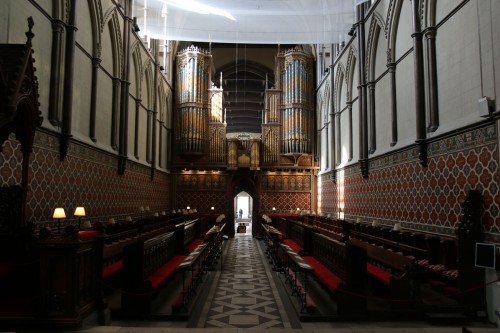 Entry to the cathedral is free, and if you are a member of English Heritage, so is the Castle, otherwise, it’s £6.40

Getting to Rochester station is easy by HighSpeed1 from St Pancras station (£19 for open return at weekends), and there are loads of other things to do in the area, so a person can easily spend a day here, and at neighbouring Chatham.

I however, had a visit elsewhere in mind.