Riding the Parliamentary Train out of Paddington

Published 8 May 2017 by Transport News

Little known and rarely used, but those in the know who wait at Paddington Station at just the right time can take a trip on of the UK’s mysterious Parliamentary Trains. The Parliamentary Trains are fleeting echoes in the timetables, often slipping into stations unnoticed, running along odd railway tracks at strange times to fulfil often century-old laws.

To catch one of these odd trains, head to Paddington Station just after 11:30 in the morning and watch the indicator for a train that shouldn’t be there. And in a moment, a company that never runs a train from Paddington will appear on the display, offering the 11:36am service to West Ruislip. 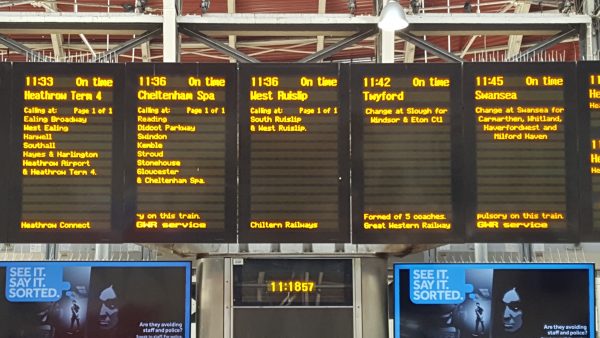 Chiltern Railways normally dominates the services from Marylebone, but they have one lonely outpost here at Paddington, where a special service will run. It runs in part to maintain the legal requirement that such a railway service is provided, and so that drivers can be trained on a line that offers a potential back-up service should the mainline to Marylebone be out of action.

Once the railway was the mighty New North Main Line built in 1903 to link the Midlands to London, it is today a pale shadow of its former grandeur. Long since reduced in demand by the later arrival of the Central line, which runs alongside it, the tracks were pulled up long ago.

All that remains is a  rickety old slip of single track that just about lets trains through.

And so we’re off to catch the 11:36 from Paddington to run along that remnant of old railway.

Platform 12 is where you want to be, where no one else will be. A single short train awaits with livery that is unfamiliar in this station. A driver and guard are on board, and so may you be. A single passenger is busy, sometimes a few is this service’s rush hour. Often no one rides the train. 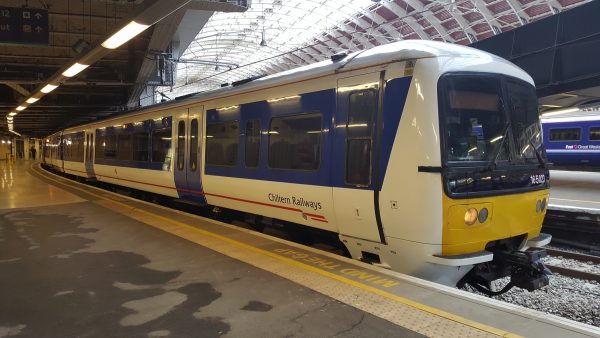 A message to ladies and gentlemen that do not exist that this is the 11:36 to West Ruislip, calling at South Ruislip, presumably to warn off anyone who boarded expecting a service somewhere more conventional.

If a few remain they’ll be sitting as far apart as possible on the ghostly train. 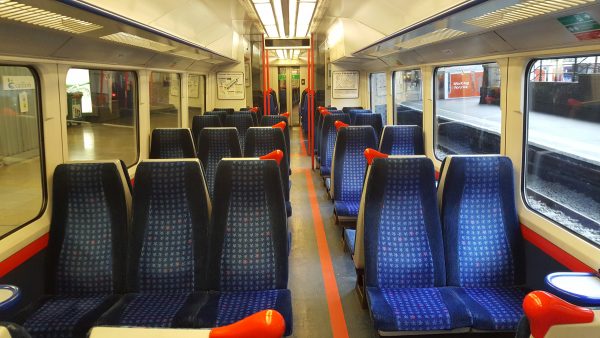 Rolling out of Paddington, past Royal Oak and Westbourne Park, past Crossrail works and offices along the Westway out of London. Heading up to Old Oak Common, mighty depot for trains that slumber at night and are serviced by day.

Here, the line out of Paddington diverts from its path to Wales and turns to the north. The Parliamentary Train has begun its run along the lost tracks of the New North Main line.

Trees and bushes bursting forth with spring growth lean over the tracks and the Parliamentary train passes through the narrowing leafy corridor. Clattering and bashing as nature is unwillingly pushed back by the passing of Parliamentary power.

As the corridor parts and wide open landscapes reappear, old tracks can be seen lurking to the right. Memories of when this was a busy line now slowly being consumed by ivy and grass.

On the left the usurper comes into view, the Central line that sucked away so much of the traffic that sustained the line we’re travelling along.

We pass Hanger Lane, famous for its road congestion, but on the train there are no delays. On our side of the tracks, long lost stations are invisible in the undergrowth. Twford Abbey Halt and Brentham Halt, romantic names now long gone.

An old sound is heard, the sound of railways past. The regular banging sound of short railway tracks. Long before the modern tracks with their seameless joins, the railway journey was accompanied by the constant double clanking as wheels ran over joints.

A modern train, an old sound.

Approaching Greenford Station, and don’t blink for you’ll miss one of the few remaining semaphore signals in London that’s still in use. Look out at the overgrown tracks to see ages old signalling equipment still in place.

Hand operated levers are barely glimpsed as you rush past. 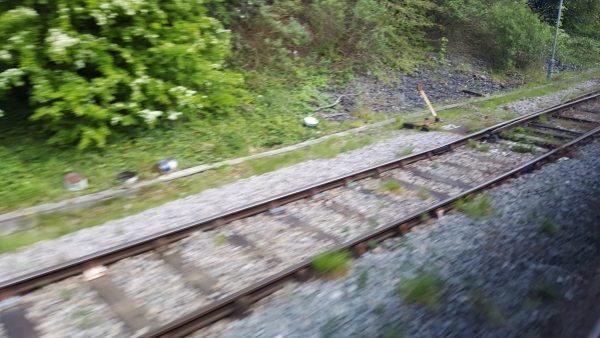 Old metal rods running along the tracks that once tied the signal box levers to the junctions. Physical connections of iron and steel between the signal operator and the crossovers they controlled, now done by computers and optic fibres. 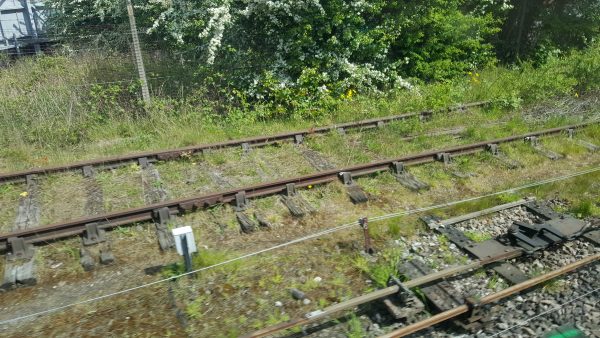 But inevitably, the train pulls into South Ruislip station. Here it joins the normal tracks, the tracks followed by hundreds of other Chiltern trains every day. The Parliamentary Train is no more, merely a simple service completing a journey along tracks all too familiar.

So I depart. Noting the railway map that shows this line of this mysterious Parliamentary Train, and headed off to catch a Bubble Train. 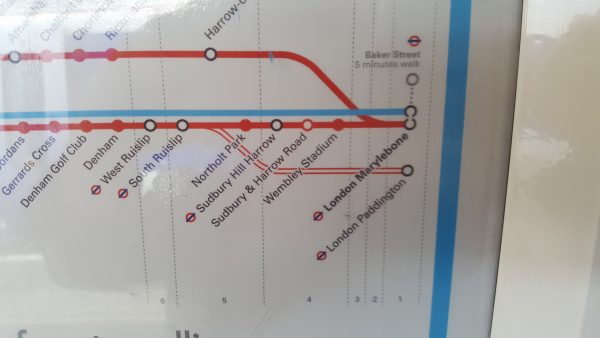 There are two services, one from the “northbound” platform at South Ruislip at 10:57am to Paddington, and one from Paddington to West Ruislip at 11:36am.